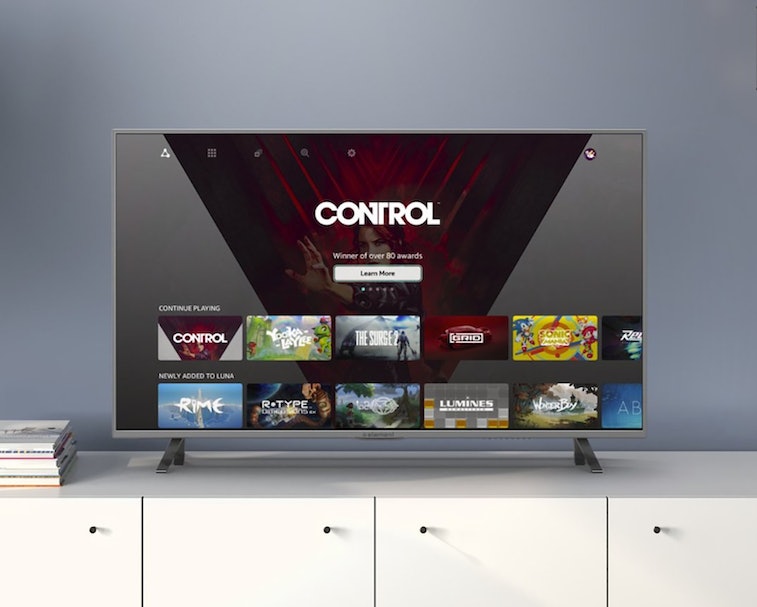 Amazon is the latest company to get into the new game streaming craze. The company announced Luna today, a cloud gaming service that takes advantage of its AWS server network to stream games like Assassins Creed Valhalla and Control. Because the games are being powered by remote computers, users can play console-quality games on a range of devices from smartphones to Chromebook laptops. Just about any device with a web browser will do (even iOS, since Amazon will offer Luna through a mobile web app).

Luna will initially cost $5.99 per month during the early access period, and Amazon will be selling a dedicated Luna Controller for $49.99. That monthly fee includes an assortment of games from different publishers, but customers will also be able to subscribe to a Ubisoft "channel" with games including Far Cry 6 and Immortals Fenyx Rising. Amazon says "multiple" other publisher-specific channels are on the way.

Becoming the Netflix of gaming — Cloud gaming has blown up in the past year with Google, Microsoft, Sony, and now Amazon all launching or expanding on the concept. The idea is that by streaming games from a server somewhere else, the market for gaming will expand greatly because people no longer have to shell out hundreds of dollars for a console and the individual games. It helps that these companies have large networks of servers distributed around the world, reducing the time it takes to deliver content to users.

Paying a monthly fee means these companies will make more money in the long run if you stay subscribed. It's the Netflix model — people return to their favorite games like GTA often, so if Amazon has a backlog of popular titles it can continue making money off them for years because people will stay subscribed to Luna to play them. So long as the cost of developing new games is smaller than the amount of money coming in from subscribers, Amazon theoretically stands to profit.

Even though Stadia was the first of these services to launch, it was quickly trounced by Microsoft's Game Pass, which offers a catalog of over 100 popular Xbox titles over the web for only $15 per month. Stadia, meanwhile, has a woefully small library of mediocre games. With the upcoming launch of the Xbox Series X, Microsoft will be offering financing that includes a console and Game Pass for only $24.99 per month. That's a hard deal for anyone to beat.

Amazon is a bit late to the game (no pun intended), but if it can bring a good library it has a chance. The game streaming concept is still nascent and nobody really has a dominant position yet.