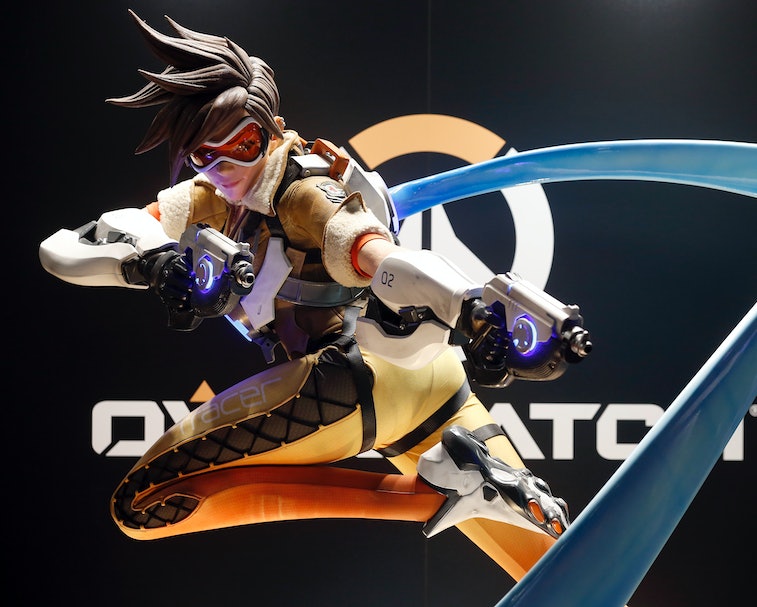 Activision Blizzard, the gaming giant behind hits like World of Warcraft, Overwatch, and Call of Duty, is facing a lawsuit from the California Department of Fair Employment and Housing for creating a “pervasive frat boy workplace culture.” The lawsuit is extensive and, frankly, damning for the company.

The allegations aren’t surprising, exactly — Activision Blizzard has had more than its fair share of workplace issues in the last few years — the extent of the allegations is still quite shocking. They range in severity from unequal pay to outright sexual harassment without repercussions.

The California Department of Fair Employment spent two full years investigating Activision Blizzard and found the men in the workplace (who, by the way, number 80 percent of the company’s staff) treated women reprehensibly. For example, men participated in something called “cube crawls,” wherein they “drink copious amounts of alcohol as they crawl their way through various cubicles in the office and often engage in inappropriate behavior toward female employees.”

In most lawsuits, we’d hedge our bets and say the company in question deserves to be treated as innocent until proven guilty. But California has already completed an extensive investigation.

And more, somehow — The cube crawl is perhaps the most striking image to come of California’s investigation, but that’s far from the only problem with Activision Blizzard’s workplace culture.

The investigation found that the company has been putting down the women who work there at every professional turn, discriminating openly in terms of compensation, promotions, and terminations. The lawsuit says leadership consistently fails to do anything to prevent this sort of discrimination.

The behavior of men in the office is reprehensible in just about every way you could think of, according to the investigation. Men in the office spend their time playing video games while grifting their responsibilities to the women; they joke openly about rape and make sexual jokes.

One woman who worked for the company experienced such a level of harassment at the office that she took her own life on a business trip with a supervisor she’d been in a relationship with. The lawsuit states that her harassment at the company included a photo of her genitals being passed around at a company holiday party.

The company issued a lengthy statement to IGN about the lawsuit:

We value diversity and strive to foster a workplace that offers inclusivity for everyone. There is no place in our company or industry, or any industry, for sexual misconduct or harassment of any kind. We take every allegation seriously and investigate all claims. In cases related to misconduct, action was taken to address the issue.

The DFEH includes distorted, and in many cases false, descriptions of Blizzard’s past. We have been extremely cooperative with the DFEH throughout their investigation, including providing them with extensive data and ample documentation, but they refused to inform us what issues they perceived. They were required by law to adequately investigate and to have good faith discussions with us to better understand and to resolve any claims or concerns before going to litigation, but they failed to do so. Instead, they rushed to file an inaccurate complaint, as we will demonstrate in court. We are sickened by the reprehensible conduct of the DFEH to drag into the complaint the tragic suicide of an employee whose passing has no bearing whatsoever on this case and with no regard for her grieving family. While we find this behavior to be disgraceful and unprofessional, it is unfortunately an example of how they have conducted themselves throughout the course of their investigation. It is this type of irresponsible behavior from unaccountable State bureaucrats that are driving many of the State’s best businesses out of California.

The picture the DFEH paints is not the Blizzard workplace of today. Over the past several years and continuing since the initial investigation started, we’ve made significant changes to address company culture and reflect more diversity within our leadership teams. We’ve updated our Code of Conduct to emphasize a strict non-retaliation focus, amplified internal programs and channels for employees to report violations, including the “ASK List” with a confidential integrity hotline, and introduced an Employee Relations team dedicated to investigating employee concerns. We have strengthened our commitment to diversity, equity and inclusion and combined our Employee Networks at a global level, to provide additional support. Employees must also undergo regular anti-harassment training and have done so for many years.

We put tremendous effort in creating fair and rewarding compensation packages and policies that reflect our culture and business, and we strive to pay all employees fairly for equal or substantially similar work. We take a variety of proactive steps to ensure that pay is driven by non-discriminatory factors. For example, we reward and compensate employees based on their performance, and we conduct extensive anti-discrimination trainings including for those who are part of the compensation process.

We are confident in our ability to demonstrate our practices as an equal opportunity employer that fosters a supportive, diverse, and inclusive workplace for our people, and we are committed to continuing this effort in the years to come. It is a shame that the DFEH did not want to engage with us on what they thought they were seeing in their investigation.

So, you know, exactly the kind of direct denial you’d expect from a company that has a CEO willing to take a $200 million bonus just as it’s laying off 50 of its employees.

The agency is seeking an injunction to force Activision Blizzard into complying with general workplace protections. It hopes to also provide back pay and benefits for women at the company, too.