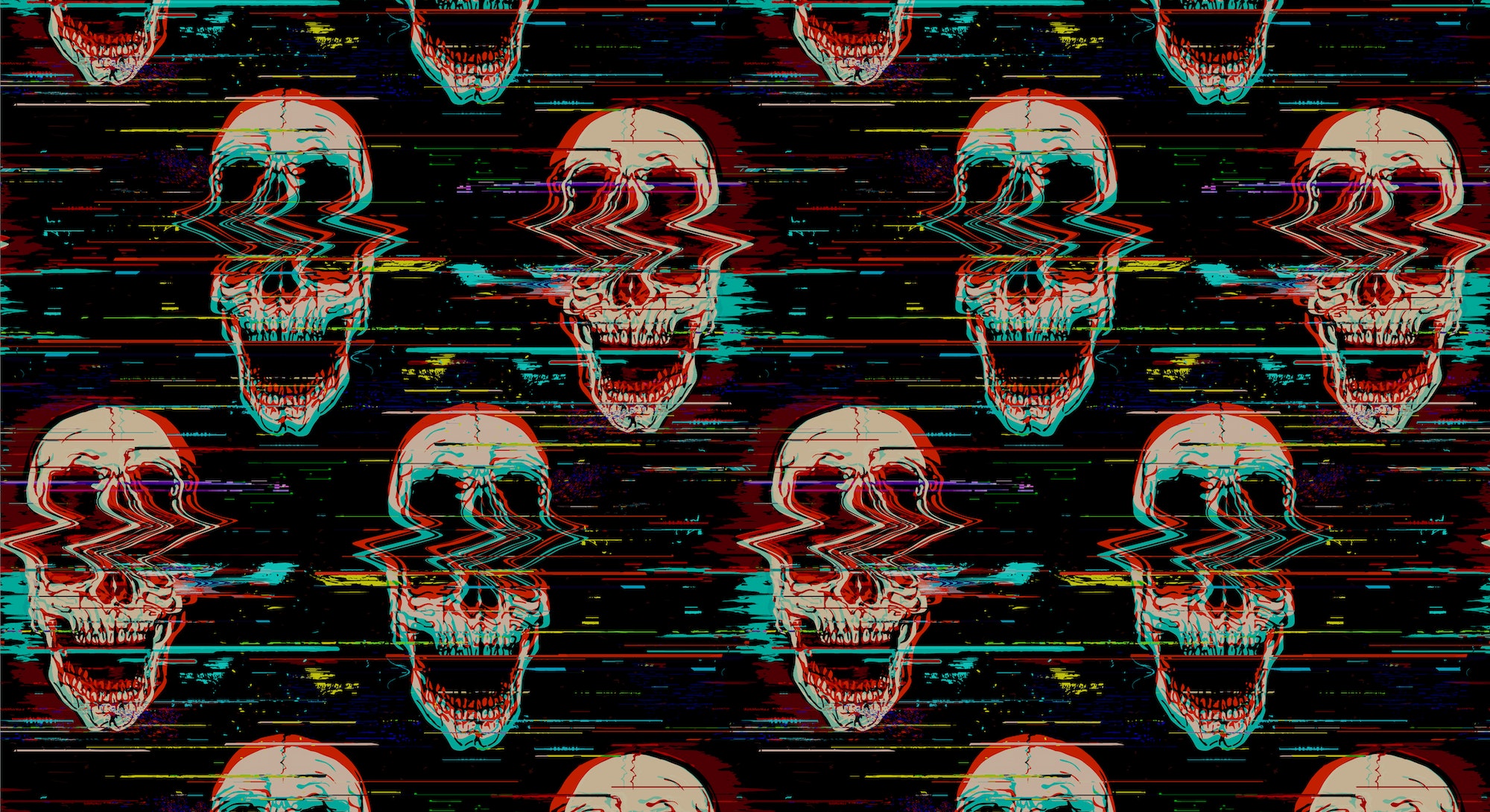 Here’s a holiday scene that may sound familiar: over my Christmas vacation, I spent about four hours helping my aunt and uncle figure out the quirks of their new smart TV. Between turning off the motion smoothing and getting all the apps they wanted organized, I just about lost it. This TV looks amazing, but actually using it is a nightmare.

This wasn’t my aunt and uncle’s first encounter with an internet-connected TV — a few years ago, I got them a Roku so they could watch Netflix on their 15-year-old behemoth — but they’d decided to get a premium OLED from LG for their big upgrade, which meant a whole new user interface.

My aunt described using LG’s webOS as “frustrating and unintuitive” and having spent time using it myself, I have to agree. In the end, I finally relented and got them an Apple TV 4K box with a far simpler — though by no means perfect — interface to use with their new TV.

I’ve said before that most 4K TVs, at any price point, are incredible. I’d go so far as to add that watching 4K HDR video on a properly set-up OLED (motion smoothing turned off, colors properly calibrated) is a near-religious experience. But it does make you wonder why some manufacturers still insist on delivering sub-par software experiences to customers sometimes paying in excess of $1,000 for a unit — especially when many of their competitors have already moved on.

A few years ago, as the inevitability of streaming became clear, most of the largest brands in the TV space essentially admitted to the obvious: making TV software is really hard. TCL, one of the fastest-growing brands in the U.S., has long licensed the Roku OS for use on its TVs. Others, like Hisense and Sony, switched to Android TV rather than making their own interfaces.

The two market leaders’ proprietary software is absolutely terrible, and they should be ashamed.

But there are two big holdouts, which also happen to be the market leaders in the U.S.: LG and Samsung. Their proprietary software is — how do I put this gently? — absolutely terrible, and they should be ashamed.

The reason why these two have stuck to using their own software is understandable. Great-looking smart TVs are so cheap because their cost is subsidized by the ad-tracking software inside. Roku proudly touts its capability as an ad platform for it and its licensees. Roku would not disclose to Input exactly how it shares revenue with its licensees, but presumably LG and Samsung don’t want to hand over a cut of their own ad revenue to Roku just for its interface.

To be clear, ad tracking on TVs is unavoidable unless you don’t allow your TV to connect to the internet at all — every TV from every major manufacturer has it. But if Samsung and LG are going to keep their ad product in house, they have to step up on user experience to compete with manufacturers that license Roku. As gross as ad-tracking is, Roku at least doesn’t denigrate the experience of using a TV; it’s dead simple and provides a low barrier to entry. Ads on Roku are kept to the right side of the home screen and do not interrupt browsing. The same cannot be said of proprietary smart TV software.

LG and Samsung smart TVs can, in theory, be used without ever needing to buy third-party hardware. They both have app stores for downloading additional streaming services outside the pre-installed basics like Netflix, Hulu, and Prime Video, but their user interfaces are very bare bones. For one, there’s no main screen with all your streaming apps — just a row that pops up on the bottom third of the screen. They lack a main hub featuring all your shows across services, like Apple and Amazon Fire TV have. Both also load custom apps and software that nobody wants and cannot be deleted or easily hidden. (What the hell are Samsung TV Plus and LG Channels anyway?)

I spoke to Pascal Potvin, a user interface designer who’s worked on products from companies such as Disney, FilmStruck, and Nickelodeon. He told me that when LG’s webOS first came out, he thought it was very cool as an alternative to the tile interface that had become the norm, but when it came to usability, it didn’t make sense as a product.

“LG and Samsung’s software design runs counterintuitive to everything I know about user interface design.”

“LG and Samsung’s software design runs counterintuitive to everything I know about user interface design,” Potvin says. He says the massive canvas of space available on smart TVs should be used to display the gorgeous artwork that studios put out for movies. Putting something in the lower third of a space that large just isn’t immersive.

A “big tile” interface that takes up the whole screen gives users more apps at once to look at and is far more intuitive to navigate. It’s simple, but it gets the job done. Apple has introduced the TV App, which aims to collect the shows you watch across services into a single interface. (It’s definitely not perfect — for one, Apple hasn't made a deal to collect Netflix content in the app — but it’s a genuinely compelling idea in an age of content diaspora.)

The experience is only available on Apple’s own box though, and nobody has attempted to meaningfully clone it yet. While an Apple TV app does exist on Samsung and LG TVs, it only displays content and services that are purchased through Apple (movies, Apple TV+, and “channels” for HBO, Showtime, etc.). Potvin agrees that while the Apple TV app is flawed, the ideas it brings are solid enough that a competitor that does real user testing could turn those concepts into something that truly supersedes the tile grid.

Samsung makes matters worse with its outright offensive default picture settings. Colors look over-saturated, and motion smoothing is on for every picture setting. Overall, the image just doesn’t look right. I’m pretty savvy about home theater equipment, and I’m only barely able to make the picture look natural whenever I help someone out with a Samsung TV. Non-technically-minded Samsung customers who really care about picture quality will need to pay up for a professional technician to properly calibrate their already expensive set.

LG’s settings are more innocuous. Once you turn motion smoothing off on every single picture setting — a process it does not make easy — its other processing choices look just fine. But LG’s setting menus are even more opaque to navigate than Samsung’s. Most relevant settings are buried deep in the menus, a state of affairs that, again, will push customers to call a professional to fix a TV that should have looked right to begin with.

LG and Samsung’s commitment to filmmaker mode on their 2020 TVs should help alleviate some of their picture setting shortcomings, but it’s unclear if that mode will be made available on their pre-2020 TVs at all. It very well may not — new software features that would make for a marked improvement for consumers are rarely delivered to older models. Which, of course, sucks for owners of slightly dated TVs.

There’s also the issue of what LG and Samsung are prioritizing other than entertainment. LG’s CES 2020 presentation barely even mentioned watching TV. The companies want to sell us on the big ideas they have for the home, where every appliance (of course made by them) is able to talk to another to form whatever a “wholly integrated home” is supposed to be. What fool wouldn’t want their refrigerator to talk to their TV?

Both companies see the TV as being the centerpiece of the smart home. They are both wrong, but have nonetheless insisted on trying to make this a reality. While neither seems to be able to design a whole-screen interface to host all of your streaming apps, both have built one for the TV’s smart home capabilities.

LG calls its version the Home Dashboard. It has tiles for every one of your TV inputs, as well as any gadgets it can control in your home. It also, confusingly, is the screen that is brought up when you click on the home button on that lower-third app row, instead of a more obvious app screen. Samsung’s version of a smart home TV app controls its proprietary SmartThings platform and also takes up the whole screen with tiles for your gadgets.

Roku takes a different view. The company tells Input it firmly believes that most manufacturers will choose to license its smart TV OS moving forward, and the tile-based interface is still the best way for consumers to watch content. Most people, in Roku's view, know what they want to watch and where to get it. They focus on features that help with that experience, as well as services to help people find free content they may not be aware of.

Roku does not, however, have plans to introduce anything that aggregates content across apps and services like the Apple TV app does on Apple’s box, saying its product choices are largely driven by customer feedback. So don’t expect Roku to try and become a leading Internet of Things platform unless millions of its customers cry out and beg for a Roku toaster.

“I tell my clients they’re not really buying these smart TVs for the ‘smart’ aspect.”

The inferiority of Samsung’s and LG’s software is felt across the consumer market. I spoke with Keith Estes, an AV and home theater installer based out of Atlanta. He says that Samsung and LG TVs represent the majority of installs he does and that he almost always recommends his customers purchase some kind of third-party box to go along with them. “I tell my clients they’re not really buying these smart TVs for the ‘smart’ aspect,” Estes says. “These TVs look amazing, but if you buy a third-party box, you’ll have a much simpler time using the apps you want than relying on the out-of-the-box software.”

Estes says that when his clients choose to forego a third-party option, it almost always means he’ll be called back later to help them with whatever new issues arise — something that almost never happens with someone who opts for Apple TV or Roku.

A customer shouldn’t have to go to such great lengths to have a pleasing smart TV experience. I’m not saying that LG and Samsung should bend to licensing Roku or some other software. But it does fall on them, as the market leaders, to provide a better experience to their customers if they continue to use proprietary software. Nobody should need to buy a third-party box because these companies wanted to sell their own ads and neglected the experience that actually matters: letting us mindlessly watch our shows.