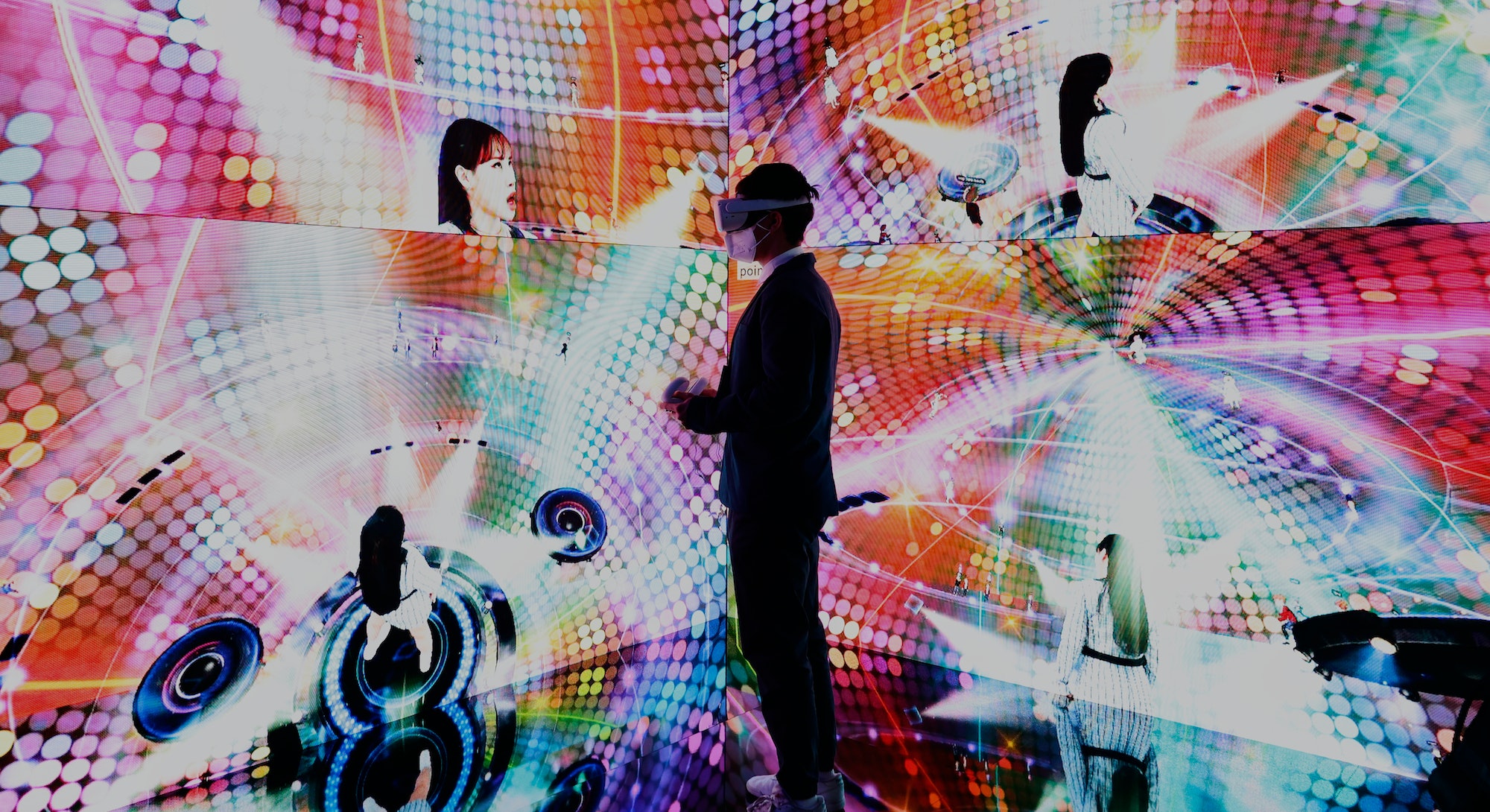 Neal Stephenson has long been credited as the creator of the “metaverse” as we’ve come to understand it in modern parlance. But Stephenson’s metaverse has many things our concepts don’t, including — most importantly — the possibility of chaos.

Reading Snow Crash — Stephenson’s 1992 novel that spends a significant amount of its narrative in the Metaverse — 20 years after its publication is an uncanny experience. In many ways, Snow Crash’s Metaverse is exactly what Big Tech wants the future to look like, with the ability to hop in and out of a virtual world at will. It also bears almost no resemblance to the cartoonish, legless office-based avatars we’ve seen from the likes of Meta and Microsoft.

Talk of the seemingly inevitable metaverse has dominated the tech media cycle for months now, thanks to Facebook’s rebranding as “Meta.” Suddenly the idea of a fully virtual world is mainstream. Mark Zuckerberg’s willingness to throw away his baby’s identity (read: his brand as it’s always been known) has encouraged many others to consider the metaverse as a solid function of the future.

Stephenson’s Metaverse is accessed via highly specialized goggles (what we’d today call a VR headset), either a personal pair (expensive) or a public terminal (less expensive). Doing so is immediate and all-encompassing. You are transported to an overcrowded metropolis with one hundred-meter-wide road leading in and out. That road circles a perfectly round, black sphere of space with a circumference of 65,536 kilometers. Most of the virtual world is nothingness. It is a densely populated urban center with almost no other development.

To be thrown into Snow Crash’s Metaverse is to become your avatar. The Metaverse experience is always first-person; your perspective in the virtual world becomes your reality. It is easy to lose yourself in the Metaverse, here, and many choose to do just that, never unplugging from their headsets. Much of the Metaverse mimics the real world — you can’t teleport, for example, and can only use a monorail or walk — but it is still an escape. It is an alternate reality.

The metaverse as Zuckerberg sees it is not a world but a platform. He envisions it as a vast extension of the network created by Facebook. Though his actual vision is still amorphous and incredibly ill-defined, we do know it is cartoony and limited. It is the Ocarina of Time to Stephenson’s Breath of the Wild. You cannot just go out and explore an open world; you are relegated to individual, user-created environments.

It is telling that the public’s first real glimpse of Meta’s metaverse came in the form of a virtual conference room called Horizon Workrooms. Meta’s initial push for the general population to accept the metaverse is about VR’s ability to keep you productive. Why hop on a Zoom call, Zuckerberg posits, when you could sit around a virtual table with your colleagues instead? Go ahead and open up a virtual version of that Excel spreadsheet while you’re at it. In this way, the metaverse can be more an extension of your current virtual work set-up than anything else.

Because it is so very connected to the physical world, Meta’s metaverse reads as more of a platform than a universe. (This, one might argue, stops Meta’s plans from even being a metaverse, seeing as the name literally denotes a meta-universe, not a meta-platform.) It is, much like Facebook, a place where you can form open or private communities (i.e., Groups), hang out with your friends, and, of course, advertise.

This capitalistic drive is present in Snow Crash’s Metaverse, too. In that Metaverse, though, you can do almost anything, with the right code. It is essentially open-sourced, giving users some semblance of free will. There isn’t some corporate overlord scraping 30 percent off all Metaverse earnings or setting tight boundaries as to what users can create. Plugging into Snow Crash’s Metaverse means accepting that just about anything can happen there. Meta’s metaverse only allows what Meta wants its users to do.

It is possible — highly probable, really — that you will be shocked by something each time you enter the Metaverse in Snow Crash. In the working version of Meta’s metaverse, you will see exactly what Meta wants you to see. You will experience whatever Meta has deemed worthy of programming into its software. Your experience will be sanitized by Meta’s oversight; it will be driven by Meta’s insatiable quest for cash.

That’s the thing about the Metaverse as it exists in Snow Crash: You can die. When the novel’s protagonist, the aptly named Hiro Protagonist, is (virtually) shot in the back, “…he stands there reading statistics about his own death even as it’s happening to him. Very post-modern.” While the fear of death in the Metaverse is, for the most part, not truly mortal — you don’t die IRL when your avatar dies — there is still genuine fear involved. As in reality, the fear of death is a primary function here; it turns the Metaverse into a place rife with the possibility of danger.

Suddenly the idea of a fully virtual world is mainstream.

I’m not advocating for Zuckerberg to copy Stephenson’s Metaverse, not by far. Stephenson’s vision of the Metaverse is not without its problems. Its many flaws are immediately apparent to both the reader and the novel’s characters. There is plenty of evil in the world of Snow Crash, both inside the Metaverse and outside of it. But the fact that the structure of the Metaverse allows this chaos to reside inside its digital boundaries is notable for the genuine excitement it lends.

Though some would argue otherwise, I don’t think going all-in on metaverse expansion is a terrible idea on its own. The problem, really, is that Meta is the one doing it. We’re not talking about just any metaverse here — we’re talking about a metaverse crafted by Mark Zuckerberg. From what we’ve seen thus far, there is little sense of wonder in Zuckerberg’s metaverse. There are virtual desks and mediocre, user-crafted games and legless avatars. We have Roblox with even less room for creativity.

Any chaos that springs forth from Meta’s metaverse will not be exciting. It will be related to Meta’s inability to effectively moderate its new platform. It will be about glitches and bugs and hate speech.

In creating a new universe (or, let’s be honest, a loosely connected series of settings), Meta is forced to bring along all the baggage it’s racked up over the years. It must be careful of its allowance of teens and children in the metaverse, for example, because its other apps have already been seen to cause them significant harm. It must protect its new platform from the fringe groups that will inevitably look to it as a new place to hang out.

Preemptively dealing with all of Meta’s past scandals leaves this metaverse without any shock and awe. Meta is too careful, at this point in its lifespan, to purposefully plant seeds of chaos. Its newest platform will be as sterile as possible while still bringing in paying customers — Meta has to hedge its bets to avoid future scandals.

There is little sense of wonder in Zuckerberg’s metaverse.

Despite its flaws, Snow Crash’s Metaverse is rife with opportunities for true spectacle, for chaos, and frenzy. Reading the novel in 2022, with Zuckerberg’s metaverse prominent in the zeitgeist, this is what stands out most. Stephenson’s Metaverse is an escape from the horrors of reality because it is, in the truest sense, an entirely separate universe with plenty of space for entirely new chaos. Zuckerberg’s take can never fulfill that promise.

Of course, Zuckerberg isn’t the only one toying with what a metaverse can look like. Other metaverse experiences include plenty of chaos — just look at VRChat’s volunteer police department. For now, though, Meta is very much dominating the metaverse conversation. It’d do us all well to stop expecting anything groundbreaking from Zuckerberg.