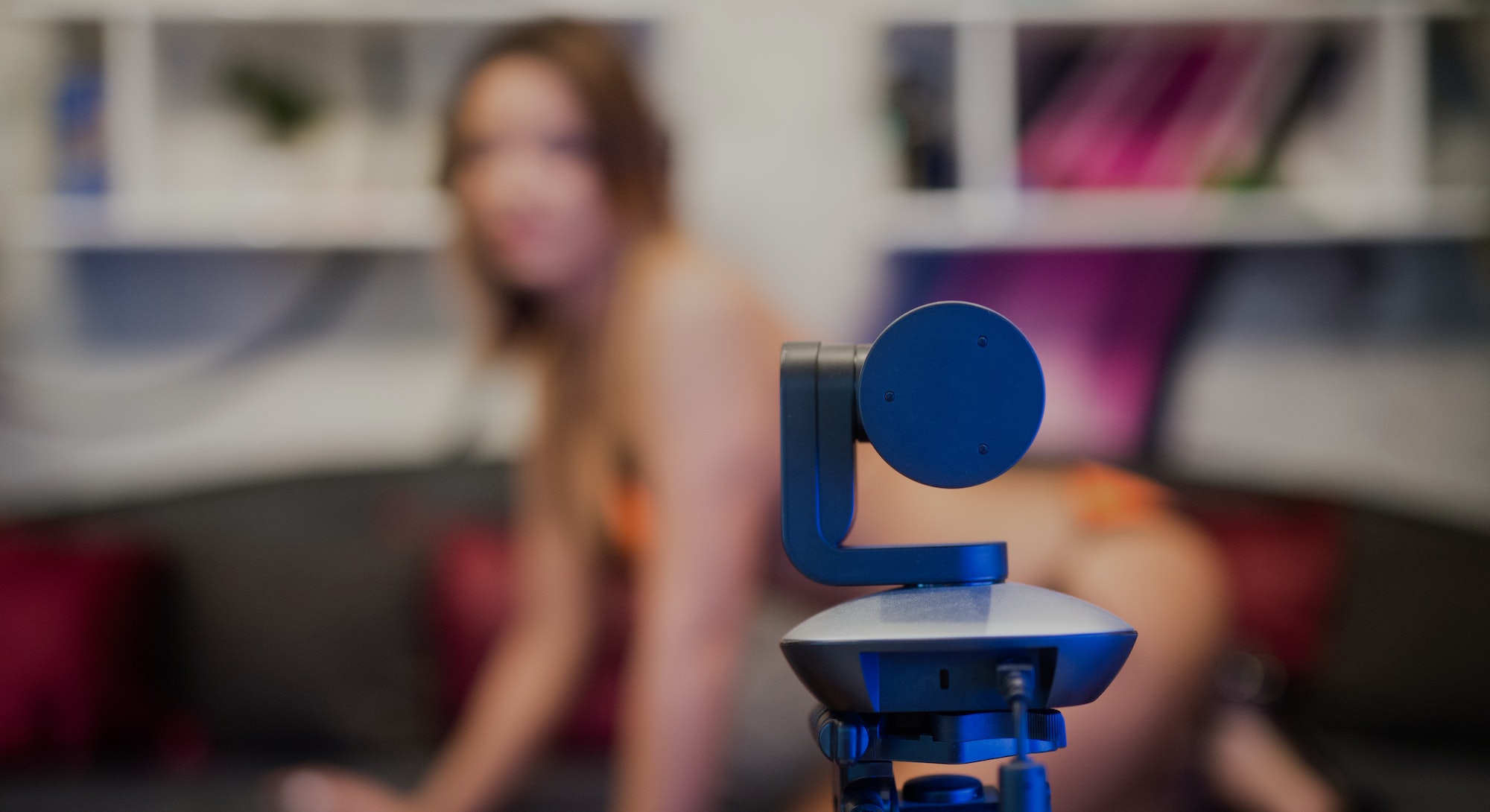 “I just switched to an agency I really admire,” she says. “I was giving out killer performances. People liked having me on set.”

But then, with the spread of coronavirus in the U.S., it all stopped, thanks to the industry’s voluntary production shutdown, currently set to last until March 31 (though it could well go longer). “It was like I was running and running and running, and now I’ve hit a brick wall,” Bradley says.

“I’m so incompetent when it comes to online stuff,” Bradley sighs. “There’s just so much to it. I feel very confident in my performing abilities, and the way I interact with people. But I don’t know where my fans are coming from, where they’re finding me, how to even put myself in the best position to be looked up.” She’s also “terrible at editing,” and only just learned how to put a watermark on her videos — to deter piracy — last week.

There is a common misconception that camming translates to easy money. As of mid-March, performer Amberly Rothfield, who also makes videos about business and marketing in adult, had about 300 Twitter DMs from people from all walks of life asking for help getting into camming.

“I had a girl come to me because her bar shut down, and she didn’t know how she was going to feed her kids next month,” Rothfield says. “We have a flood [of cammers] coming in now.” They’ll soon find out, she adds, that “this really is a business they have to put time and money in. They're not going to be able to just feed their family overnight.”

Meanwhile, the social platform FanCentro says it will give new models on the platform 90 percent of their revenue — compared to the usual 75 percent — for their first 90 days if they sign up before the end of March, acknowledging that in-person sex workers may be switching to online work during the pandemic.

Former Boy Meets World star Maitland Ward, who only started working in the adult industry last year, says she’s “seen a steadiness or even a little bit of an uptick” in her income from her OnlyFans account and Patreon since the beginning of the outbreak. “People are home, they want entertainment,” she says, though she notes that some regular viewers’ habits are hampered because they’re quarantined with family members.

Not everyone, of course, can parlay a role in a beloved sitcom into cam site success. The market, pre-coronavirus, was already extremely competitive. Adult performer Lauren Phillips says she’s seen the landscape shift significantly since she started camming about seven years ago. “It wasn’t oversaturated, and you could make your goal,” she says.

If Phillips wanted to earn, say, $200 one day, she would simply cam for a few hours until she made that amount and then stop. More recently — even pre-coronavirus — it's been harder to make money quickly, so instead of camming until she makes a goal amount, she’ll cam for a set number of hours and earn whatever she can. “I’m more focused on the time and showing my face there,” she says.

Normally, Phillips would cam about 10 to 15 hours a week, or maybe not at all if she had a lot of shoots, her primary source of income. Now, she’s aiming for 20 to 30 hours a week. And though there are also more viewers on cam sites than there used to be, she says more of them are “freeloaders” who hang out in a model’s cam room without tipping.

Rebecca Vanguard, who worked with scene partners in about 90 percent of her videos, is still adapting to the new normal. “One of the hardest things will be changing my attitude towards webcamming,” she says. “I used to log on when I wanted to, and when I did, I didn't expect to make hundreds. Now I have to log on with the mindset of making money because I need to pay my rent soon.”

She already has plans for how to cope with the loss of work. “I have found that even simple things such as changing the title of a video, switching out the tags, uploading an edited trailer, or creating a new thumbnail can generate new sales on an old video,” Vanguard says.

ManyVids CEO Bella French wonders how long the current camming boom will last. “If this keeps going for a long period of time, people are going to start spending less,” she says. Ward believes sustained solo performing will be put to a “test” as the pandemic continues “because people want to see [performers] together.” She adds, “I feel maybe people who know each other and trust each other and aren't sick may try to get together and shoot content privately.”

Some performers are lucky enough to live with potential scene partners already. The high-profile adult actress Stoya says ZeroSpaces, a “sex-positive” multimedia magazine she cofounded, is “pivoting to solo and educational content” right now, some of which will be filmed by April Flores and Milcah, partners living together in California. ZeroSpaces was already working on a series about how people “maintain sexual connections over long distances using modern technology,” which Stoya acknowledges is a “perfect candidate for the time of COVID.”

Stoya says she personally has no interest in doing solo performances. Since January, she’s been doing ManyVids streams, but those are more for hanging out with fans than getting sexual. The last one was a virtual version of her sex book club, which usually meets in Brooklyn. She says she offers her increasingly anxious viewers tips on how to cope. “Who wouldn’t be anxious right now?” she says. “It’s a perfectly healthy reaction to what’s going on in the world.”

"You have to be so consistent with camming, and it’s emotionally draining to me,” she continues. “It’s already enough emotional and mental labor doing a one-on-one at a strip club.

"To take care of a bunch of people’s feelings digitally? I can’t fucking do that.”