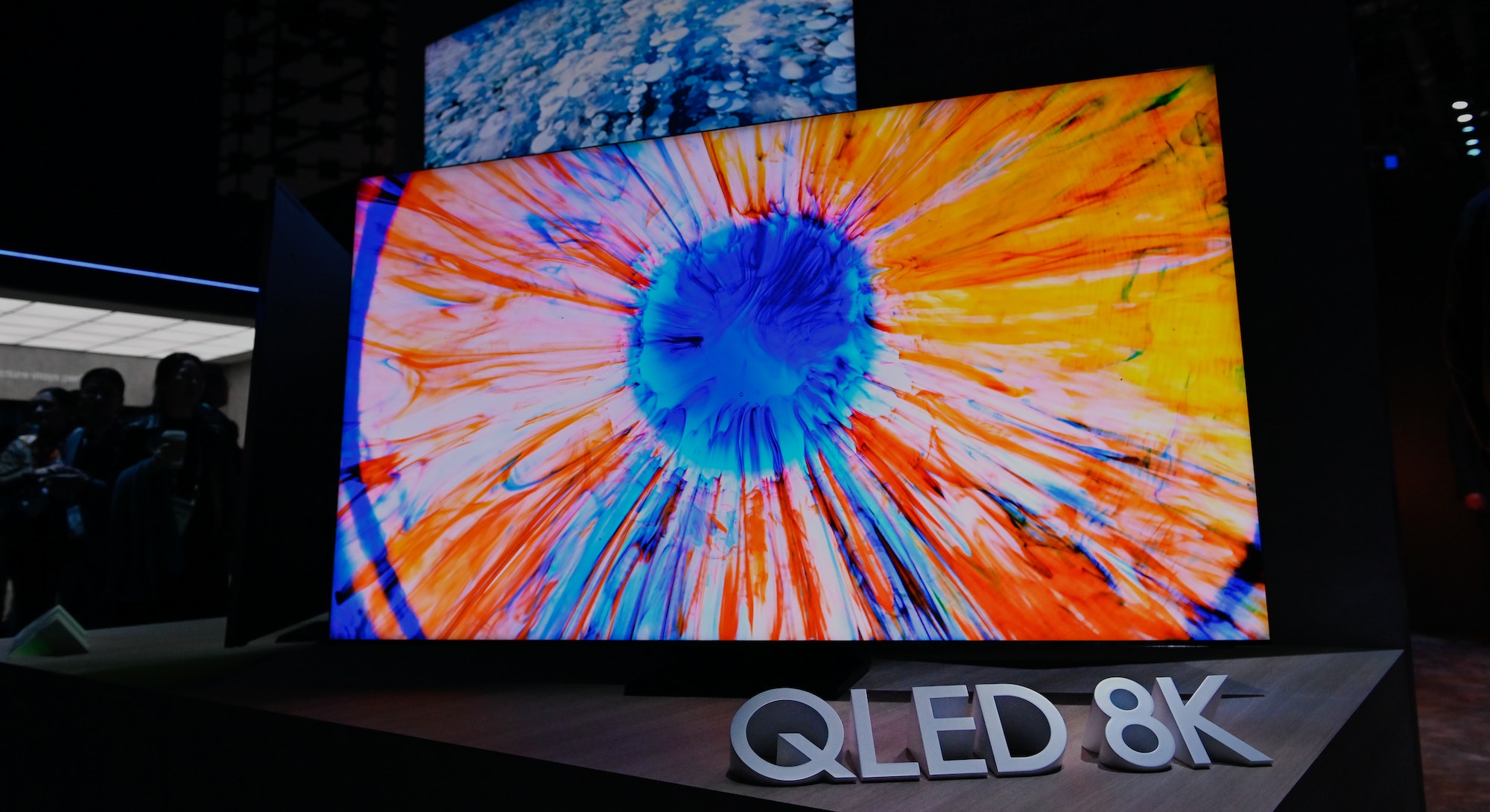 Anyone paying attention to the news coming out of CES this week has probably noticed that 8K TVs seem to be the next big thing. Samsung announced one that’s almost bezel-less. LG boasted a total of eight new 8K TVs.

Meanwhile, there are two dueling standards bodies debating exactly how to define 8K. Given all this, you’d be forgiven if you thought 8K is the new high water mark for premium home entertainment and that your perfectly fine 4K panel is now no longer perfectly fine. Don’t worry, it is.

The coverage of 8K has really irked me. Nearly every article I’ve read that covers these newly announced 8K TVs seem to center around one criticism of the 8K trend: that no native content exists. This, while true, misses the point. Even if we had a surplus of available 8K content — as we do 4K content from services like Disney+ and Netflix — it wouldn’t make that much of a difference. Why? Because whatever benefits might come from 8K probably aren’t worth the added costs of getting it in the first place.

Without getting too bogged down in the science, let’s touch on how the human eye sees detail. We have cells in our eyes called cones that are less sensitive to light but more sensitive to detail and color. Each of your eyes has about six to seven million cones that mostly provide data on the center of your vision, or focal point. Guessing the “resolution” of the human eye is complicated, but Roger N. Clark, an expert in digital imaging, has calculated the approximate resolution of the human field of view to be around 576 megapixels, or nearly 72 times the resolution of 4K. However, that’s not the whole story.

“The jump from 4K HDR to 8K HDR will be a much smaller delta.”

In Clark’s view, the biggest factor that helps TVs make a more accurate image isn’t necessarily their resolution, but their dynamic range capability, or the ability of current 4K HDR TVs to display greater contrast in the dark and bright parts of an image. “The biggest jump at the moment — and it’s a huge jump — is from HD SDR to 4K HDR,” he tells Input. “That’s amazing. The jump from 4K HDR to 8K HDR will be a much smaller delta. There will be some noticeable difference, but it won’t be as much as an upgrade from a 10-year-old old HD TV to a modern 4K TV.”

So while 8K TVs will provide some difference from a high-end 4K HDR TV you can buy today, there are a lot of caveats. You won’t really get that small amount of added detail until 8K content is widely available. You shouldn’t even consider buying one until the costs come down significantly, either. But even if we ignore the price of current 8K TVs and assume future sets will be comparably priced to 4K TVs, there are additional costs of 8K that far outweigh any benefits.

Since physical media is all but dead and American broadcasters can’t even be counted on to deliver 4K content to us, nearly all 8K content will need to be viewed via streaming media. While it varies by service, compressed 4K video requires a bitrate of 25 Mbps. Assuming 8K will use comparable compression, 8K will require a bitrate of around 100 Mbps until more aggressive compression standards can be developed. The average download speed in the U.S. as of 2018 was 98.25 Mbps, according to Ookla. This means that streaming 8K will only be viable for U.S. customers paying for higher-than-average speed from their ISP — and even then those streams will eat up the majority of bandwidth on most networks. Also remember that in certain markets many American ISPs set data caps of around 1 TB per month — and 8K streaming will eat right through that. Customers will have to either pony up for unlimited data or have their speeds aggressively throttled once they reach their limit. If you believe the hype around 5G, it's possible the next-generation cellular service will provide all the bandwidth customers need, but widespread 5G is a long way off, and to take advantage of 8K content you need a big screen. That means a home connection.

Then there’s the cost of computing to deliver 8K experiences. While, yes, Sony and Microsoft say that their respective PS5 and Xbox Series X consoles will support 8K, neither have specified exactly how 8K will work just yet. I doubt it will work well. Anyone who has owned a gaming PC will tell you that unless you have a very high-end system, favoring resolution will take resources from other parts of the game that are more important, especially frame rates.

I roll my eyes when Sony and Microsoft tout their new consoles’ 8K support.

So I roll my eyes when Sony and Microsoft tout 8K support at all when their current consoles struggle to deliver 4K gaming at anything close to 60 frames per second. Who cares if the PS5 can render games in 8K if you’re stuck at 30 fps? Any in-the-know console owner would much rather have games play on 4K at 100 fps.

The best argument for 8K I’ve heard is that it maintains pixel density. If you remember the 1080p TVs of old, you might also remember that screens over 50 inches didn’t look as good as their smaller cousins. This is partly because the pixels were more noticeable at closer distances on larger screens. 4K ameliorated this, making pixels virtually undetectable on big-screen TVs. So, the 8K evangelists argue, if demand for TVs over 70 inches does exist, then those TVs will need to have more pixels than 4K to maintain an acceptable pixel density.

My problem with this argument is that I’m not sure how many consumers have 80 to 100 inches of diagonal space available for such a screen. I know I certainly don’t. This means that the only customer who could have a real use for an 8K TV over a 4K unit would be someone wealthy enough to have a home with a wall that large. Of course, TV manufacturers aren’t content selling something just for the 1 percent. Yes, Samsung will sell you a 98-inch 8K TV right now for $70,000, but they’re also selling 8K TVs in screen sizes where 4K is more than enough.

It’s also worth noting that movie theaters have been showing content below 8K on very large screens for years. Even for premium formats like digital IMAX, most movies are shown in either 2K or 4K. While these presentations are using uncompressed versions of the movie — as opposed to to the compressed 4K video that Netflix delivers — they’re still displaying the same number of pixels as your current 4K TV on a screen many times larger. I dare anyone reading this to watch a movie in IMAX and tell me the image is somehow inadequate.

Sitting in my living room as I write this is a three-year-old 55-inch 4K HDR Vizio TV. I spent $600 on it, and it is one of my favorite possessions. Is this TV incredible compared to ones that cost four times as much? No. But I don’t think anyone could watch a movie on it and call it bad. In fact, there are TVs that cost half as much as mine that still look damn great. Nobody really says it, but 4K TVs at basically every price point — while by no means perfect — kinda rule.

Much like 3D before it, 8K is just another gimmick that manufacturers are desperately using to boost their average selling price. The media shouldn’t be sitting idly by, simply echoing another press release. If TV-makers’ marketing is successful, then we will end up downloading more data and using more computing power to receive pixels our eyes cannot fully appreciate.