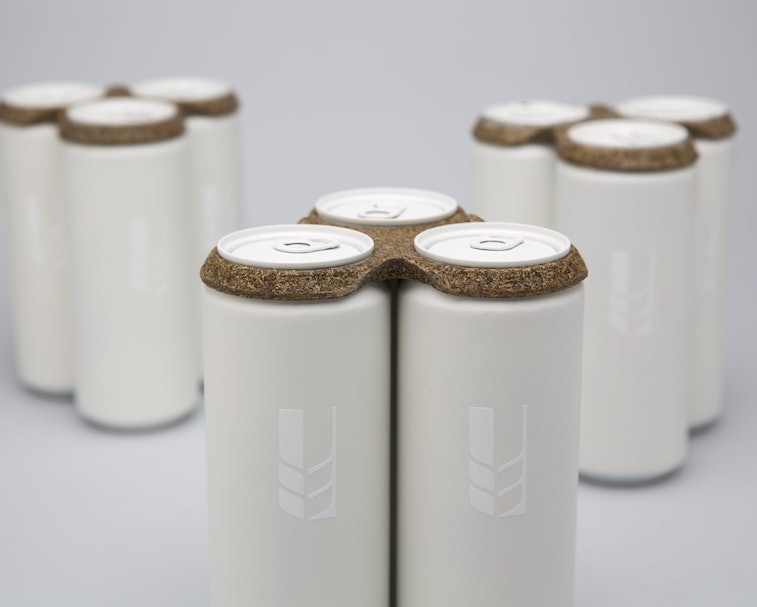 Sustainable materials are just about as easy to come by as traditional ones in 2020, but we’re far from done with innovating what we use them for. This much is obvious from Trebodur, a fully natural and biodegradable material made from byproducts of the beer-brewing process. The end result is a super-malleable product that resembles cork. It doesn't grow on trees like cork, but it's about as friendly to them, and even more readily available.

Trebodur was created by Niko Stoll and Tillman Philipp Scrempf as an ultra-sustainable packaging material. Their product is inherently flexible and can be molded to a wide variety of packaging needs.

The best part, though, is that Trebodur uses raw materials that would otherwise go right into the trash heap. That allows it to go beyond simply being compostable and ascend toward true sustainability.

Spent grain? — The material being used to create Trebodur isn’t something you’ll find in your household, most likely, unless you've got a grain-to-bottle homebrewing habit, in which case hats off to you. Trebodur uses something called spent grain — the residues that accumulate from barley malt during the clarifying process brewers call "lautering."

This residue naturally contains tons of proteins. So many, in fact, that Trebodur doesn’t need any other binders added to help it stick together.

Endlessly adaptable — Most of Trebodur’s marketing materials thus far show the material being used as an alternative to plastic six-pack rings — the kind of packaging that is well-known as a killer of sea life and generally about as environmentally friendly as an oil spill.

But the reason Trebodur could be seriously successful lies in its simplicity and endless adaptability. Need some disposable trays for your burgeoning food truck business? Or how about some single-use cups that won’t sit in a landfill for eons? Perhaps some lids for glass jars of the sort every student or first-time live-away-from-homer buys at Ikea? Trebodur can be anything it wants. Your imagination is the limit. And unless the world suddenly goes off beer (which, thanks to growing demand for even the non-alcoholic variety seems unlikely) there'll be plenty of it to come for years yet.

Just one suggestion — We love this sustainable, versatile new material. For it to catch industry and consumers' attention, though, it’s going to need some enticing marketing. Right now the landing page for Trebodur calls it “the mabeerial,” which doesn’t exactly roll off the tongue or match the company’s otherwise slick photos.