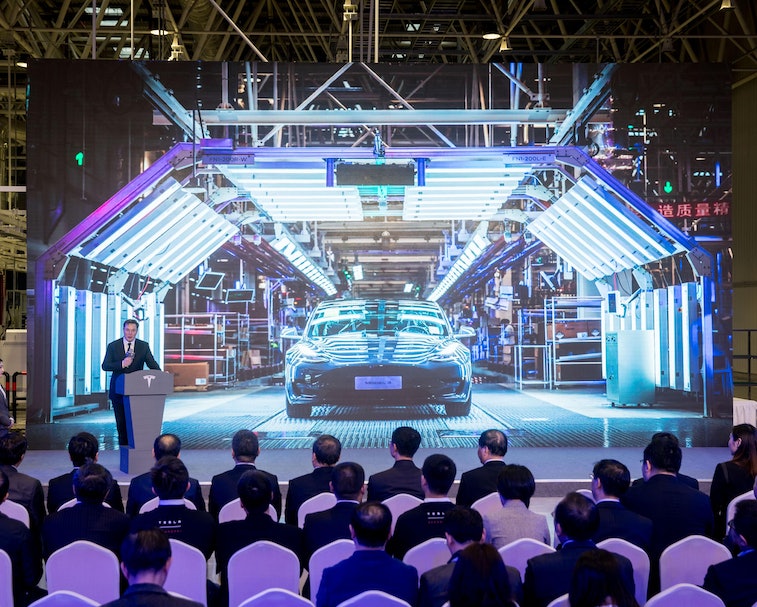 Back in January, Tesla announced it wanted to design one of its future cars in China. Now, Electrek reports it's calling for Chinese designers to submit ideas, even if they don't work in the auto sector. The company made the call via its official WeChat account.

Tesla officially announced a new design and engineering center in China earlier this year and released a drawing of what appears to be a small compact electric vehicle, suggesting the first Chinese-designed Tesla could be a hatchback. It could also signal the companies first "budget" vehicle intended to go head-to-head with low-cost internal combustion engine vehicles.

Compact car, compact price? — CEO Elon Musk has previously said that he's interested in taking designs from China because the country "has some of the best art in the world." The car would likely be manufactured at the company's Shanghai plant and sold in China initially, but Musk has hinted it could also be rolled out in the other markets in which Tesla operates.

Tesla didn't specifically request designs for a compact car but based on the above sketch it seems that might be what it's looking for. Also noted on Twitter is that the company's WeChat specifically asks for "China-style" designs. Hopefully, the compact size would mean a lower price as well. China in recent years has been flooded by small, cheap electric cars which suggests a huge opportunity exists for Tesla if it can offer its own, affordable EV in that market. A new, smaller vehicle combined with it million-mile battery technology could make for an extremely attractive proposition.

China is a bright spot for Tesla — China has been an important market for Tesla due to strong support by the government for a transition to electric vehicles there and the sort of subsidies previously only seen in Europe and the U.S. More electric cars are now sold in China than anywhere else in the world, but that's also the result of China's enormous population relative to other countries.

The first quarter of 2020 was Tesla's first full quarter of production in China, where it produces the Model 3 exclusively for the Chinese market. The company delivered 11,000 Model 3s there during the month of May alone. Those sales are helping mitigate the impact of Tesla's factory in Fremont being temporarily shuttered, and while Tesla is building another U.S. facility in Texas, there are also already rumors it's planning a second Chinese facility.