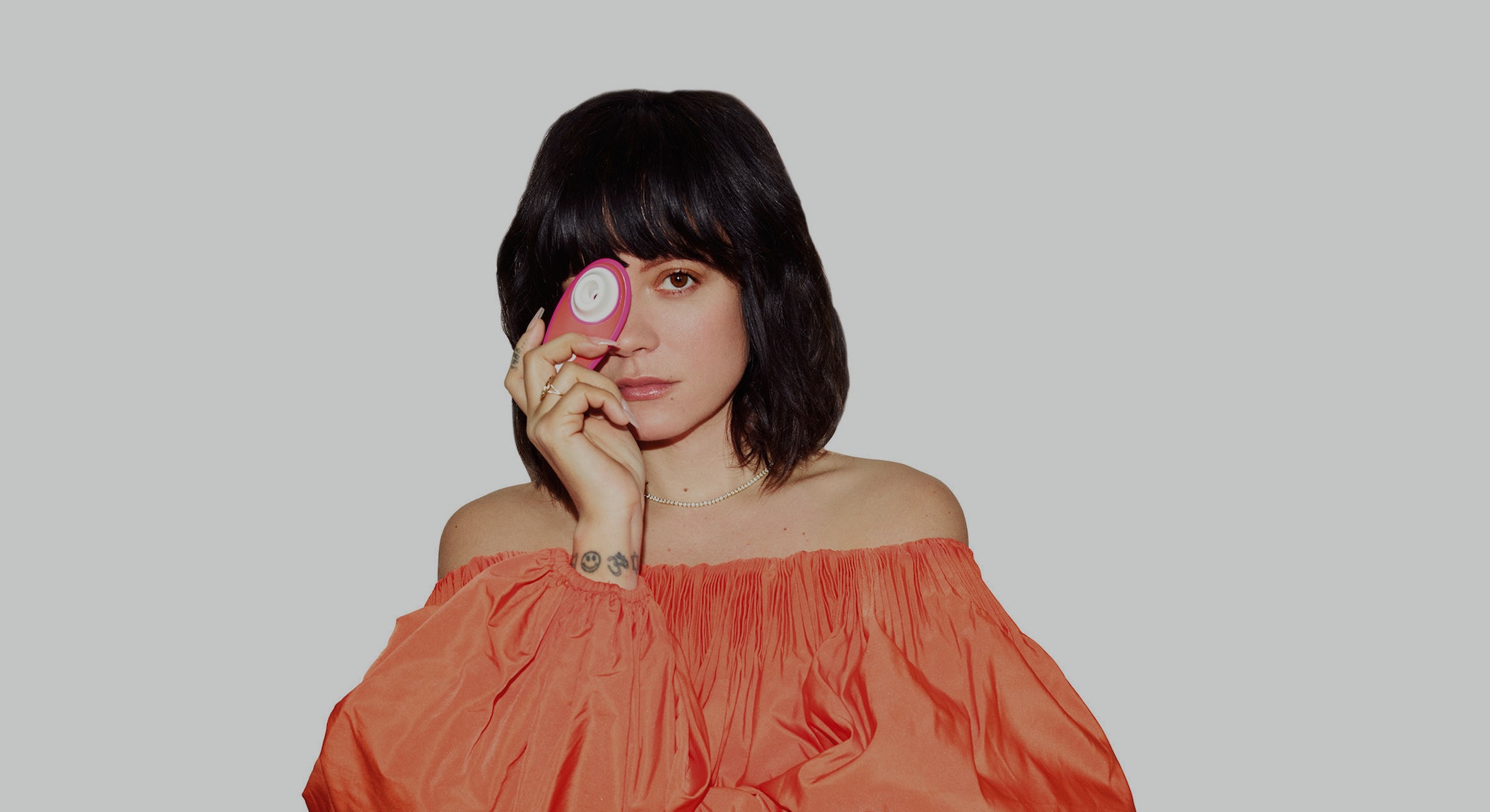 Make way for the suction stimulator.

At this year’s (virtual) meeting of the annual AVN Novelty Expo in Las Vegas, the sex toy-focused subset of adult entertainment’s AVN convention, nearly a third of the toys nominated in the Outstanding External Stimulator category boasted suction capabilities. The crown, announced the night of January 20, went to Shots’ hands-free Twitch, a combination toy with four suction modes and 10 vibration speeds.

Across the categories, suction stimulators have cemented their presence among the usual mix of buzzers, strokers, and plugs. XR Brands’ Shegasm 5 Star, a “suction and pulsing” rabbit, was nominated for Outstanding Internal Stimulator; Satisfyer’s French Kiss was in the running for Outstanding Powered Product; and suction devices got multiple nods for package design.

This momentum has been building for years. It wasn’t until 2014, with the introduction of the first Womanizer, that there was any such thing as an electric clitoral suction “massager” — one with the express purpose not just to enhance sensitivity, like the hand-powered “pussy pump,” but to bring a person all the way to climax, something traditional vibrators had already been doing for over a century. The Womanizer’s patented “Pleasure Air Technology” changed the game.

That technology seems to have hit just the right spot. The brand now offers 10 variants of its Pleasure Air–based toys and recently bagged a high-profile collaboration with singer Lily Allen, who opened up last year about the role of toys in her sexual wellness journey. Even before inking a deal with Womanizer, the pop star told her Instagram followers, “I’m not joking when I say these things have changed my life.”

We’ve reached a “new stage in sex toys, as far as moving beyond, ‘This is going to look like a genital, this is going to mimic sex,’” says Hallie Lieberman, author of the 2017 book Buzz: The Stimulating History of the Sex Toy. “Instead of just thinking of sex as, you know, missionary between a heterosexual man and wife, we’re thinking of sex more in terms of bodies nongendered and pleasure in and of itself, and not worrying about recreating some socially sanctioned way of getting off,” Lieberman adds.

As with pants with fake pockets and default-to-pink marketing, sex toys have a long history of missing the mark when it comes to demonstrating a nuanced understanding of women’s needs or the market of people who don’t achieve pleasure by way of penetrative heterosexual intercourse.

“Bodies nongendered and pleasure in and of itself.”

That disparity is something Womanizer inventor Michael Lenke set out to address with his original concept. Womanizer bills itself as the first sex tech company to create a marketable clitoral suction device, born with the help of Lenke’s wife and a lot of sometimes unpleasant trial and error. The luxury handheld Womanizer is known for today is a far cry from where the duo started — an aquarium pump and (gulp) plastic tubing.

Womanizer enjoyed a brief period of exclusivity in the suction market, but before long, everybody who’s anybody had a spin on the design: Satisfyer. Lelo. Lora DiCarlo, in its pursuit of the “blended orgasm.” Tracy’s Dog. Some, including Womanizer, have expanded on it with the addition of an insertable appendage to create a fuller experience. The sex toy industry hasn’t seen anything like this in decades — not since a glowing cameo on Sex and the City catapulted the Rabbit, then already nearly 20 years on the market itself, to fame and lit a fire beneath competitors.

“There’s been an explosion in the past few years, and in some ways it’s not unusual because in the sex toy industry, there’s a lot of copycat nature,” says Lieberman, who lectures at Georgia Tech. “There haven’t been a lot of innovations — they’re using the same motors [for vibrators] that they used a hundred years ago. So once a company does something [new] you have everybody piggybacking like that, as far as design goes.”

The concept of recreating oral sex in a plug-and-play toy isn’t exactly new — Lieberman notes the earliest design for such was patented some 22 years ago and “autoblow”-style male masturbators have been around for double that time — but its realization as a mass-market product for women was, delayed more by cultural standards than technological limitations. “A suction device for women, it’s been a long time overdue,” she says. “Innovation is just kind of lagging because it’s for a women’s device.”

Not surprisingly, Womanizer's patented technology has already made it into a pleasure device for the penis, too. The Arcwave Ion stroker, said to deliver "the closest thing to a female orgasm for men," was released to the public in Fall 2020. Pointing to Womanizer’s Lily Allen collab and the infamous SATC episode, though, Lieberman says, “That’s when you know it’s reached a real tipping point.” Once a celebrity is on board, consider fate sealed.

There’s still much debate about whether or not silicone-wrapped hardware can actually, believably imitate oral sex. Suction stimulators may have accrued an army of diehards in the few years of their existence, but there are just as many people who are not quite sold on the experience. Some reviewers have commented that, while the feeling is different and does get the job done in the end, it’s no match for the real thing. Others simply prefer their vibrators.

But it was never about stealing the throne, anyway. Like choosing between chocolate and vanilla, it’s all a matter of preference and what works best for the individual body. What’s important is that, now, there are finally starting to be some options, says Polly Rodriguez, CEO and co-founder of sexual-wellness company Unbound.

“Suction technology has gone mainstream now and will probably forevermore rival vibration,” Rodriguez says. “Which I think is a good thing, because there are so few opportunities where people are given a chance to explore different types of sensation.”

Unbound has been working on putting out a suction device since 2018, and this past summer finally released it under the name Puff. By the end of 2020, it was the site’s number one bestseller (and an influencer favorite). That is, at least in part, because it’s so affordable ($46) compared to some of the better-known offerings from luxury brands (Womanizer’s fall between $70 and $200), and strives to please a broader spectrum of bodies. Unbound has actively been taking feedback from the community to further improve upon Puff’s design.

Unbound recently wrapped up a survey on bottom growth, or the clitoral growth a person experiences after beginning testosterone treatments, to understand how the company can better serve consumers who may be mid-transition, have undergone identity-confirmation surgery, or don’t fall within the gender binary. The clitoris — like most aspects of the human body — comes in many forms. Acknowledging that through the products’ designs will be key to their staying power.

“Anatomy varies so much between person to person,” Rodriguez says. “We wanted to make sure that the opening is large enough to accommodate for that variable.” Other companies have also started to address non-uniformity by releasing interchangeable suction heads in multiple sizes or adding different opening shapes to the lineup.

Now that the foundation is there, the rest will surely come.

“We’ll continue to innovate in other forms, and we don’t know what those are quite yet, but it’s a pretty big turning point for the industry,” Rodriguez says. “I think [suction is] going to become a staple that exists for a lot of people.”