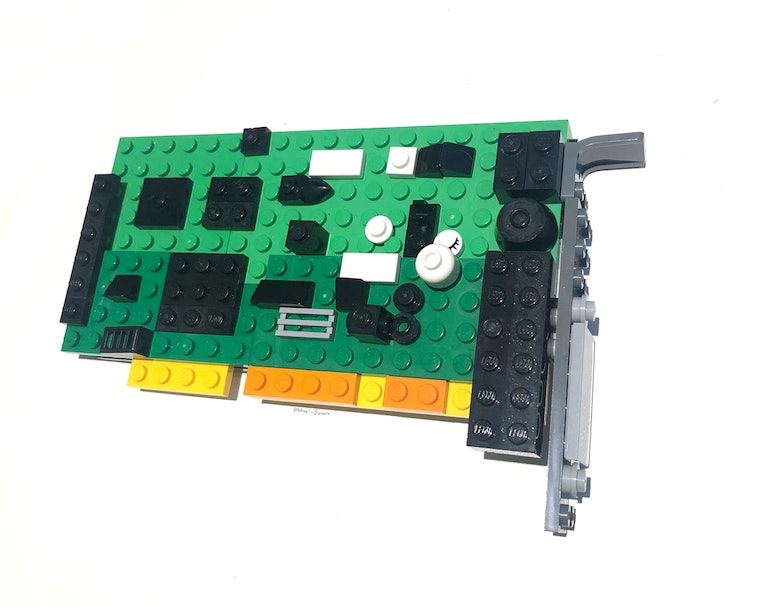 Danish toymaker Lego may eventually sell building kits for iconic computer audio and graphics cards from the 1990s. Through its Lego Ideas website, a community member submitted proposals for kits to build the Creative Labs Sound Blaster Pro 2 and 3Dfx Interactive's Voodoo 3D graphics card. The latter proposal has garnered more than 2,100 supporters towards the 10,000 it needs in order for Lego to consider it for mass production.

Though getting to 10,000 is only the first step. Should the kits achieve that milestone, there's still an internal review hurdle to get over, the finalizing of the design and packaging, and only then will it reach consumers.

For true PC enthusiasts — The Lego Ideas community member who designed the blocky slices of nerdy nostalgia goes by the username Bhaal_Spawn. They explain that these two computer cards for PCs elevated the gaming experience beyond lines and squares to games like Quake with their 3D graphics and digitized sound effects. As games began to demand more powerful computers, these two cards made it relatively easy to upgrade your computer to join in the fun. Instead of upgrading your computer's CPU, which could be pricey, all you had to do was throw one of these innovative cards in.

Admittedly for the younger among us, it's hard to see the appeal of these kits. But if you're a PC enthusiast who was on the bleeding edge back in the late '90s, these probably bring back some fond memories.

The above model doesn't look like anything super special or hard to build, but if Lego accepts the concept it will be reviewed by the company's professional designers and enhanced to make it more worthy of a full production release. Bhaal_Spawn says they came up with these designs in a few minutes tops. Who knows, it could also potentially mark the first in a series of retro PC component Lego kits.

Community Lego kits — Lego Ideas is a website where anyone can submit ideas for sets that the company may someday place on store shelves. When an idea is submitted and receives 10,000 votes from the community, experts from the company review the project and then collaborate with the community member to finalize it for production if they decide to proceed.

Previous Lego Ideas kits that successfully made it to production have included a NASA Apollo Saturn V rocket and a kit based on The Big Bang Theory.

Both of Bhaal_Spawn's proposed kits have more than a year left to gain the necessary votes to make it to the next round in the process, so at the current trajectory, there's a good chance at least one of them could see the light of day.