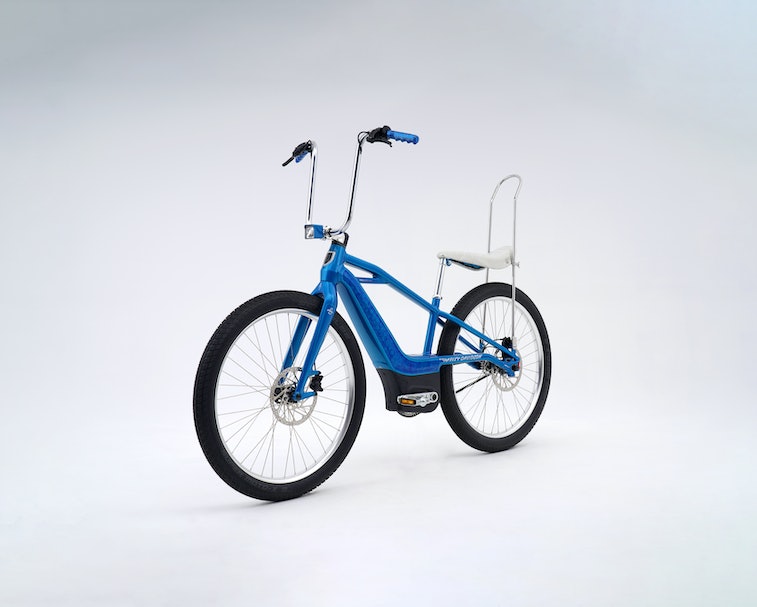 If you’ve ever wanted an electric bicycle that’s sure to be the only one of its kind in your neighborhood, Serial 1 has just the bikes for you. Today it’s unveiled the first bike in its “1-Off Series,” a chopper-style iteration of its Mosh e-bike, which it's auctioning off at the 81st annual Sturgis Motorcycle Rally today.

Customs are part of bike culture — “Customization is such an important part of the motorcycle ownership experience,” says Aaron Frank, Serial 1’s brand director (and the person who was kind enough to arrange our original test ride of a Serial 1 late last year).

“For decades, people have been modifying their motorcycles to reflect their unique style and taste. The 1-Off Series applies this same spirit of individualization and personalization to e-bikes, showing people just how much fun it is to create an eBike that suits their own unique personality.”

Franks says Serial 1 will be releasing new, one-off, custom e-bikes and putting them up for auction a few times a year.

Milwaukee-made — The Mosh/Chopper was made by Warren Heir, Jr. and Kendall Lutchman at JR’s Fabrication and Welding in Milwaukee, which is also the hometown of Serial 1. The bike includes all of the standard features of the bike from which it takes its inspiration, including a Gates Carbon Drive belt, Brose mid-mount motor, TRP hydraulic disc brakes, and integrated lighting, but adds a high-rise handlebar, banana seat, and of course, a stainless-steel sissy bar.

The bike’s paint job includes a silver, micro-flake basecoat covered in “House of Kolor Oriental Blue Kandy,” and the pinstriping and lettering were all done by hand.

If you’re interested in participating in the auction, you can do so over here. Considering the cheapest Serial 1 starts at $3,799, we fully expect the chopper will sell for many times that. Here’s hoping whoever buys it actually rides it, because it looks like way too much fun to keep in a display cabinet.