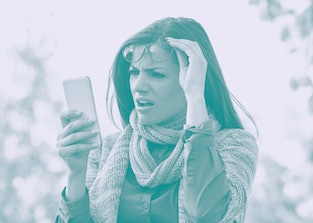 A designer's profits from just one iOS icon pack

A customized iPhone app icon set has racked up a profit of more than $100,000 in less than a week, according to its designer and 9to5Mac. No, you didn’t misread that — iPhone users have really become so obsessed with customizing their homescreens that it’s swiftly turned into a profitable business.

With iOS 14 has come an influx of custom homescreen designs, thanks to a few sly tricks based around the Shortcuts app. And while some users are designing their own customizations, others are turning to pre-made icon packs to bring their homescreen fantasies to life.

The customization craze has opened up an entirely new market for people who have grown tired of having exactly the same iPhone layout forever. It turns out people are willing to pay real money for customization options — just ask Traf, the designer of this monochrome homescreen set.

Traf is charging $28 for 80 custom icons in both light and dark styles. He’s had more than 4,000 sales in less than a week. But the vast majority of these "themes" floating around the internet are... mediocre at best. If you want your phone to look like an Android, you might just be better off buying an Android.

They’re not all this nice — Traf’s story is not the norm. His designs are exceptional for a few reasons — not the least of which is that he’s actually been working on them for a very long time. He writes on his blog that the designs started back in 2013, when users looking to customize their iPhones would turn to jailbreaking. At that point, he made less than $20 but, clearly, his patience and persistence have paid off.

Here’s the thing, though: most custom icon packs aren’t nearly as tidy as Traf’s. The vast majority are made by amateurs chasing a certain aesthetic — and the results are very, very mixed. There’s a good chance that paid icon pack you just grabbed will just make your iPhone look like an early-aughts Android copycat. Did we mention the workaround also makes your apps open super slowly?

Jailbreaking without the jailbreaking — The many customization possibilities here are still not Apple-official. Yes, they utilize an official Apple app (Shortcuts) as their workaround base, but it’s still a janky workaround.

In many ways, the homescreen customization trend really is an extension of the long-standing jailbreaking tradition. One of the biggest pulls for jailbreaking an iOS device has always been increased customization potential beyond what Apple allows — but the process always comes with the risk of slowing down your iPhone or bricking it completely.

Now you can slow down your iPhone’s basic processes, customize it to look absolutely awful, and pay real money for the designs. All without jailbreaking. How very 2020.