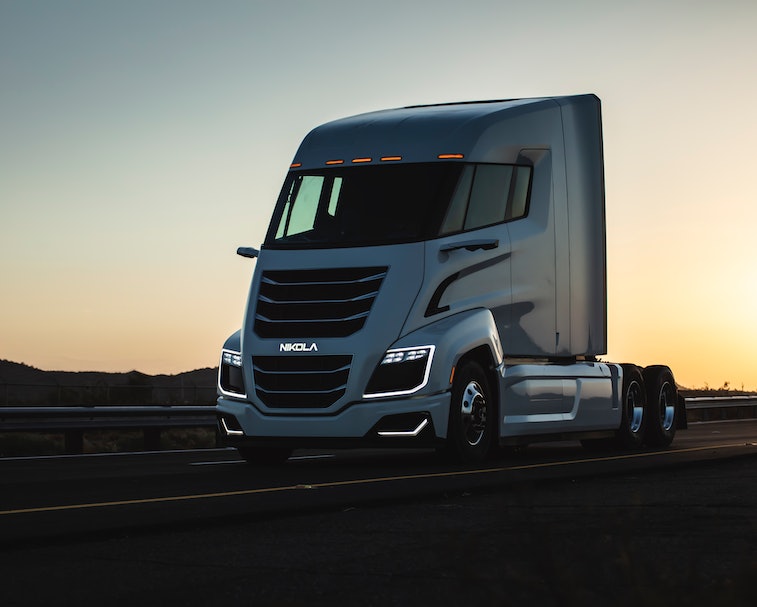 The hits keep on coming for Nikola. A new report from the Financial Times claims that founder Trevor Milton's designs for the Nikola One hydrogen semi-truck are based on schematics he bought from another EV maker, Rimac Automobili, despite claiming he made them in his basement.

Even more bruising, the designs from Rimac began as a college project of one of its designers, Adriano Mudri. Milton paid "several thousand dollars" to Mudri in exchange for a 3D model and computer drawings of the truck after the two had a meeting in 2015, according to the report.

Long con — Nikola is a company that went public through an exotic merger that didn't require it to answer questions from prospective investors or be scrutinized by banks beforehand. It raised billions from individuals excited to get in on the ground floor of another Tesla-like success story with a similarly charismatic founder, and then convinced General Motors to be a partner in manufacturing, only sending the stock higher despite the company not having any actual products yet.

But these new claims are the latest in a series of reports that have sent it all crashing down. Trevor Milton resigned last week amid an SEC probe regarding allegations that he has lied repeatedly over the years about Nikola's progress developing its innovative hydrogen-electric vehicles. There have also been fresh claims of sexual assault by Milton from one of his own family members.

The new report from the FT concerns a lawsuit Nikola filed against Tesla in 2018. Nikola said that Tesla's Semi was infringing on its property rights with a "substantially" similar design to the One. Tesla says that Nikola cannot protect the design because it came from someone else in the first place.

House of cards — In recent months it's been learned that Nikola faked a video of its truck driving down a highway and that during a press event the company claimed the truck was fully functional when it really wasn't. Now we're being told it didn't even design the trucks itself. The company hasn't been able to convincingly rebut the most significant claims made against it.

Even if Nikola does have an operational truck today — it notably isn't showing one — there's no denying that it deceived investors. People thought the prices they were paying for the stock were reasonable based on the information that Nikola provided — much of which we now know was suspect. It's still worth $7 billion somehow, though its stock price is down 75 percent from its high of $80 when it announced pre-orders for the Badger pickup truck in June. It could fall further if the SEC finds wrongdoing or GM decides to back out. The latter says it conducted sufficient due diligence, but it also didn't invest money in Nikola.

At least we can say the market did its job in this instance. Everything began falling apart for Nikola after short-seller Hindenberg Research released a report with questions surrounding the company.