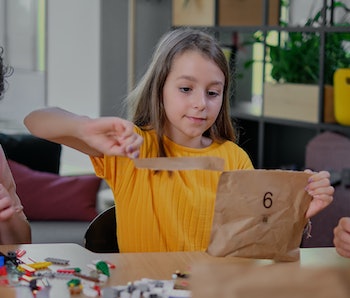 The Lego Group is making a serious investment in the future. Over the next three years, the company plans to invest up to $400 million in accelerated sustainability efforts, the company announced this week.

Lego’s first action item: phase out single-use plastic bags, which the company uses plenty of, especially in its larger sets. Beginning in 2021, the company will begin using Forest Council-certified recyclable paper bags to hold the tiny bricks instead. Lego’s goal is to use only sustainable packaging by 2025.

Niels B Christiansen, CEO of the Lego Group, said in a statement: “We cannot lose sight of the fundamental challenges facing future generations. It’s critical we take urgent action now to care for the planet and future generations.”

Lego’s sustainability goals are long-term. The company said in 2015 that it hopes to use sustainable materials to create its products by 2030 — a goal both ambitious and necessary. Switching out the single-use plastics is a great start.

All about the kids — Though we’d be the first to tell you Lego is for people of all ages, the tiny building blocks have always been most beloved by children. And, seeing as younger generations will be most affected by climate change, sustainable toys are more important than ever before.

Christiansen says Lego has received “many letters” from children about the environment, asking the company to remove single-use plastics from its packaging. We’re glad it's decided to listen.

Big plans — Sustainable packaging is only the beginning. Lego’s $400 million investment is going to increase sustainability across all areas of the company’s operations.

Along with the sustainable packaging initiative, Lego announced today that its operations will create zero landfill waste by 2025. Lego will also operate as a carbon-neutral company by 2022, to be achieved by installing solar panels on all factories and through investments in improving its energy use. The company also plans to reduce its water usage by 10 percent in the next two to three years.

The bio brick — Lego’s most ambitious goal is to eventually make its bricks from sustainable materials. Lego bricks and other pieces have always been made with a plastic called acrylonitrile butadiene styrene (ABS), which is made from one of the worst materials for the environment: oil. The company has had limited success with plant-based bio-plastics to date — as it stands, they account for less than 2 percent of its products.

Like online retailers and game studios, Lego has done very well in the pandemic, with sales up more than 7 percent during the first six months of 2020. It’s pleasing to see it putting some of that money toward creating a more sustainable future. It's also great marketing. But we won't hold that against it.