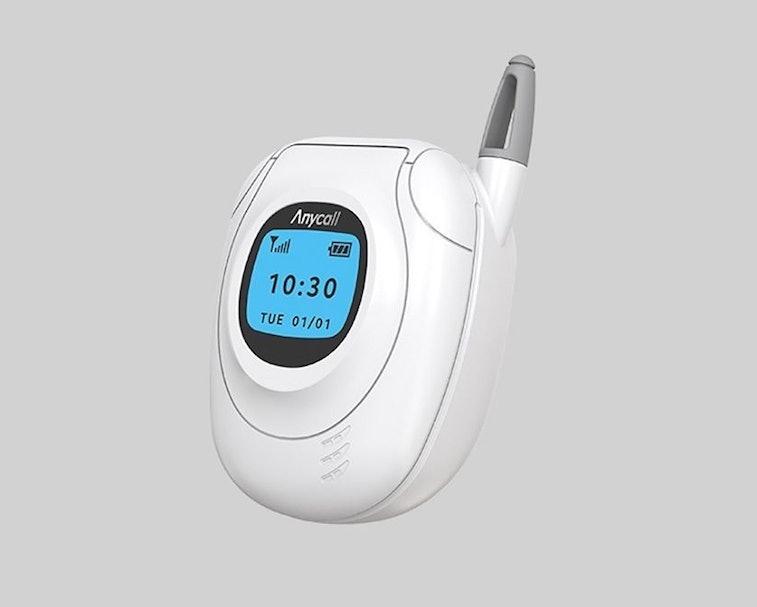 A little dash of old paired with something new can be a great touch to help you reconcile the contemporary with the classic. Samsung's new Galaxy Buds Pro, which will run you about $200, just got that treatment now that the company has launched retro charging cases on sale. These cases are shaped after the nostalgic Anycall T100 and E700 and are available in select locations only. They weigh between 35g to 40g. But who cares about that? Depending on when you came of age, they're worth their weight in nostalgia.

And that's the downside to the news: the cases are available in South Korea as in-store items only. To be clear, the retro clamshell charging cases don't work on their own, so don't expect the clock to change the time accordingly or for the case to deliver messages or calls. Nope, none of that. The retro cases are more of an aesthetic addition to the Galaxy Buds Pro and it's not clear how much battery capacity they actually come with. We expect Samsung to release more details in the coming days. Even then, a T100 or E700 cover sounds like a fun touch for $30 a pop.

Non-functional nostalgia — The purpose behind these T100 and E700 retro clamshell cases isn't to provide any use. Samsung is pretty clear about this much, and it's a detail that won't offend consumers in all likelihood. This is all about nonfunctional nostalgia. The release of these retro cases is bound to resonate with consumers who once owned actual T100 and E700 cellphones... give or take 20 years ago. That crowd might just love it, though it is a bummer that Samsung has limited the sales of these cases to one country only.

Exclusivity is hot — For now, the cases remain on sale in South Korea alone. Maybe there are plans to bring the retro accessories to stores in the West — but that remains to be seen. In the meantime, while Samsung figures out the additional details for these cases (and we hope it lets western consumers but the T100 and E700 cases eventually), we'd love to know if you think Samsung's Galaxy Buds Pro pose a legitimate threat to Apple's AirPods Pro. All we know is the wireless earbuds war is far from over.