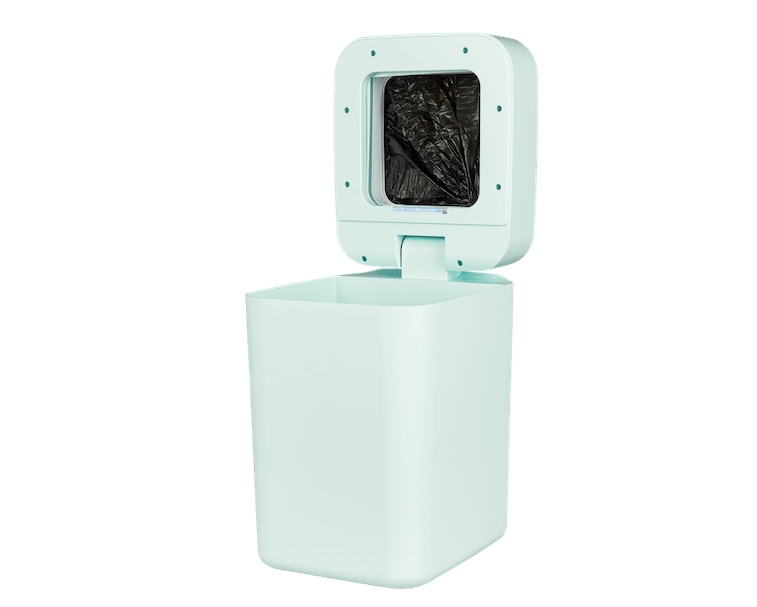 The next evolution in the smart home experience is here: a trash can that can seal away your garbage with the touch of a button. The Townew self-sealing trash can touts itself as a clean, sustainable option for the home of the future.

One Refill Ring to rule them all — At Townew’s heart is the Refill Ring, a rounded square of plastic with enough recyclable material to create 25 trash bags. When the trash is full, all you have to do is press a button on the front of the trash can for three seconds. Townew’s Refill Ring seals the trash bag itself, opens the lid for removal, and pulls down a new bag for use. It can even seal the bag automatically if it’s too full for its lid to close.

It’s not that environmentally friendly — Townew loves to throw around words like “recyclable material” and “biodegradable bags,” and those are great features — but you still have to buy a new plastic Refill Ring every month or so. That means you’re not reducing your carbon footprint nearly as much as the company would like you to believe.

Also, the bags only hold 4 gallons of trash, which is tiny by most kitchen trash can standards. Unless you live alone or never cook, you’ll probably be changing your Refill Ring more than once a month. But hey, at least you won’t have to ever look at your trash again!