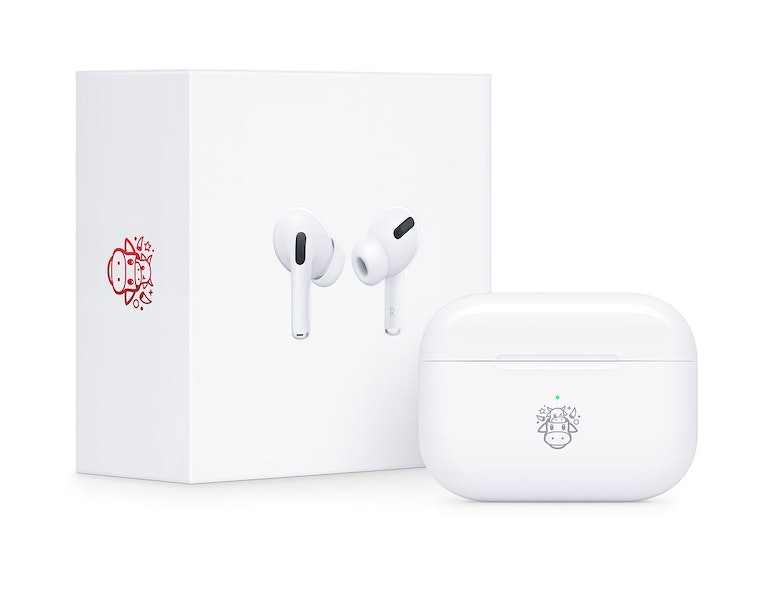 Fans and followers of the Chinese Zodiac are going to appreciate this little gesture from Apple. The company has released a limited edition version of the AirPods Pro in honor of the year of the ox. Even if you don't particularly care for the Lunar New Year, the special ox imprinted on an AirPods case is kind of cute and unique. The ox-themed AirPod Pro will be released in select stores in Malaysia, Taiwan, Singapore, Hong Kong, and China. It is not clear if this edition will appear in retail stores in the United States.

The Chinese Apple store notes that the "limited" part about this edition, which is priced at $310 (or 1,999 yuan) is actually pretty limited: there are only 25,400 pairs for sale right now. As Engadget reports, this number is separated into two categories. 11,480 pairs will go up for sales at Apple retail shops while the remainder 13,920 will be available on the internet. On top of that, you can't buy more than two pairs, which doesn't necessarily cut down on hoarding but could help others take advantage of the offer by limiting resellers' ability to stock up for flipping purposes .

Engraving for everyone — Apple is pretty serious about its engraving business. Last year, the company announced an engraving option that included more than 30 emojis for AirPods cases. As an owner, you could slap on a peace sign, a horse, a cat, stars, hearts, even the poop emoji on the outside of the case. And if emojis aren't your thing, Apple also has an option for people to put their initials on their cases.

Another option — Not everyone will be able to grab the official ox-themed AirPods Pro. But don't worry. If you're interested in celebrating the year of the ox, you can still get an engraving with the regular ox emoji. Just search for "ox" or "bull," "bullock," or "oxen" in your Apple emoji tray and you'll see what it looks like. It's not as adorable or special as the gray-colored ox engraving from Apple, we'll admit that much. But it still has its own pastoral charm.