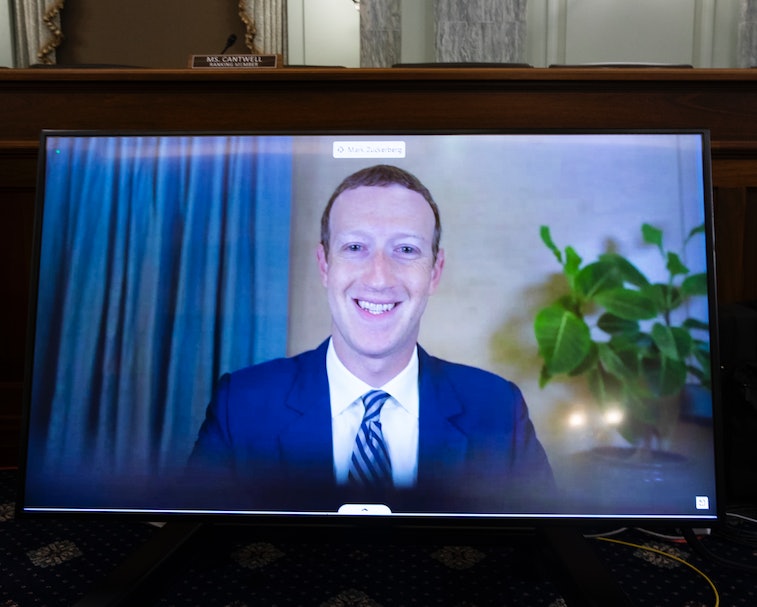 Mark Zuckerberg hates Apple's new ad tracking policy that's due to go live sometime next year. Business Insider reports on Thursday during the company's quarterly earnings call with investors the Facebook CEO ramped up his criticism of the policy by warning that small businesses could be hardest hit by Apple's move and that it could make their economic recovery after COVID-19 slower.

Taking issue with Apple's plan to proactively inform users about ad tracking and allow them to opt-out of it, Zuckerberg warned investors that the "actions planned by platform companies like Apple could have a meaningful negative effect on small businesses and economic recovery in 2021 and beyond," and that "personalized advertising is helping small businesses find customers, grow their businesses and create jobs."

The tech tycoon's warning is his most vehement yet, and by bringing pandemic woes into the discussion, Zuckerberg is trying his best to get small businesses on his side. The likelihood of his pitch working, though, is dubious, as many small businesses and developers view Facebook and Apple as two sides of the same coin. And, despite his protests, it's clear that Facebook has the most to lose from the new policy. And that's not something many people are likely to feel sympathetic about when the alternative is letting Facebook continue to track them around the web on their phones and tablets.

What Apple wants — Prior to the release of iOS 14, Apple allowed users to go to the Settings menu, open Privacy, and change their Tracking options manually. Many didn't. With the latest version of Apple's mobile operating system, users will be prompted to turn tracking off on any app found to be doing it, making it far more likely they will. Moreover, the language used has those in the advertising industry concerned that the vast majority of users will choose to keep their browsing habits private. That's bad news for Facebook which relies on what it knows about users to create the hyper-targeted advertising that's the backbone of its business model.

What Zuckerberg wants — The creator of Facebook is no fan of the potential scenario where users are made aware of cookie tracking, possible product recommendations based on their web presence, and how networks can put more ads on websites and in apps with that information. Zuckerberg first complained about the move in the summer of 2020, arguing that the ad industry relied directly on accurately identifying, targeting, and measuring the profitability of its campaigns with ad tracking. Pushback from the advertising sector has seen Apple delay implementation of the new feature until next year to give advertisers time to adapt.

Of course, the message coming from a man who owns a digital ad empire worth some $70 billion is a tough one to swallow. Naturally, Facebook would rather see its tracking activities go on unfettered, but forcing it to adapt to new challenges is hardly going to sink it. Even incessant instances of promoting racist, divisive and harmful content on its platform and an advertiser boycott that followed earlier this year hardly made a mark on the behemoth.

Rather than being concerned for the welfare of small businesses, it sounds more like Zuckerberg is doing whatever he can to protect Facebook's invasive business model of selling ads that rely on Apple's IDFA (Identifier for Advertisers). Without these sweet little IDFAs, Facebook's ability to target Apple users is vastly diminished. Of course, that still leaves Android, which has billions more.