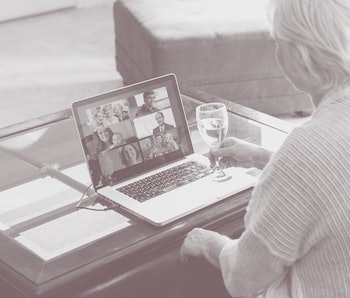 Zoom continues to take its lumps as it's reported that the company's massive daily active user number was inflated, potentially by a pretty large margin. The video conferencing company claimed in a blog post earlier this month that it had "more than 300 million daily users," only to later update the post to instead say, "300 million daily Zoom meeting participants."

The distinction is significant because that 300 million "meeting participants" number refers to the amount of times Zoom users have participated in meetings, not how many individual users there are. If you join five meetings in a day, all those sessions will count separately towards the 300 million participants tally. Zoom could have far fewer than 300 million actual daily users — for comparison, Microsoft's competing Teams service has 75 million daily active users.

Investors got smacked — Zoom in a footnote to its blog post acknowledged the error saying it was, "an oversight on our part."

The company is publicly traded and, in the face of huge pandemic gains, is now worth $37 billion, more than even General Motors — one of the three biggest automakers in the United States. It's possible many investors bought into Zoom on the back of the inaccurate usage figure. Zoom has already been sued by investors for making claims that its service was end-to-end encrypted when in fact only the text chat tool was.

Zoom has been taking fire from all sides — The company quickly went from an obscure enterprise conference app to one used by everyone from kindergarten teachers to yoga instructors, and even friends hosting happy hours at home. As everyone was forced to shelter in place, Zoom's free tier combined with its fun custom backgrounds made it an attractive place to connect with others from a distance.

The company came under a huge spotlight, though, and was clearly unprepared for the deluge as its slew of security lapses were shown front and center. Zoom has in response announced it would pause the release of new features while it develops better security measures, and even brought in former Facebook chief security officer Alex Stamos to advise.

Other companies including Google and Facebook have been working quickly to capitalize on Zoom's many mishaps. Google made Meet free for everyone, and Facebook announced Messenger Rooms, a group conferencing service that anyone can join, even without a Facebook account. Zoom will have to work fast to fix its problems if it wants a chance to remain the darling of the pandemic and survive against larger, more established players.