Zillow's home-flipping business is done, and its algorithms are to blame 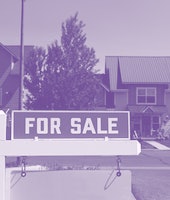 Underwritings Zillow plans to take in the next few months.

Zillow’s home-buying experiment is done. Not sort of maybe kinda done like the company announced last month — this time it’s over for real, and about 25 percent of Zillow’s employees will be losing their jobs because of its conclusion. The project’s cause of death is the very algorithms that Zillow built this entire house-flipping empire around, Bloomberg reports. It turns out letting an algorithm run your business is more trouble than it’s worth.

When Zillow announced last month that it would temporarily be putting the brakes on buying houses, the company cited a lack of construction workers, inspectors, and other laborers needed to renovate the houses it’d bought before being flipped. Zillow reportedly purchased more than 3,600 properties between April and June of this year.

It’s unclear whether that reasoning was an excuse meant to stall for time or a genuine concern on top of the algorithm’s failures. The fallout is the same either way: A significant portion of Zillow’s workforce loses their jobs, and Zillow takes a sizable financial hit.

The algorithm was almost too good — The algorithm in question was created by Zillow to automatically find homes for sale that presented as good options for flipping — fixer-uppers that, with proper attention, could sell for well above the value Zillow paid. But this year Zillow found that its algorithm was losing auctions for these houses.

So Zillow ramped up the stakes. The company reprogrammed its algorithms to make bolder offers. The new aggressive strategy worked, in a way; Zillow’s algorithm ended up placing more winning bids. But it won those houses by paying way too much for them. Which, you know, makes the process of flipping them for profit much, much more difficult.

Bold offers, bold losses — Now Zillow finds itself with thousands of houses in its inventory, not nearly enough contractors to flip them (allegedly), and very little cash (given that most of its assets have been spent on overpriced homes). The company is planning to take writedowns up to $569 million in the next few months, and it’s considering a reduction of its current workforce by about 25 percent.

Zillow’s total lack of success in this endeavor really serves as the perfect illustration of everything that can go wrong when you put blind trust into an algorithm. Not every process that can be left up to computers to decide should be made automatic. We like to believe our algorithms are advanced enough to change the world for the better; in reality, we often don’t know enough about their behavior to even understand their decisions.