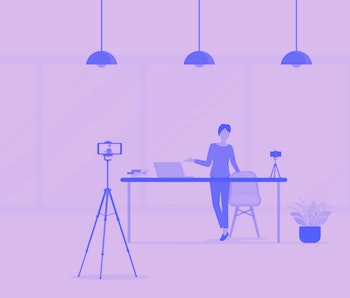 YouTube is testing auto-generated chapters for videos, 9to5Google reports. These chapters will essentially act as visual points of interest in content creators’ clips. So, for example, if you’re a fan of reaction videos, you will see automated chapter titles for different points in the creator’s video; if the creator is reacting to Ari Aster’s Midsommar, you might see AI-generated chapter titles like, hypothetically, “After-party fight” for the argument scene between the two main characters, or a chapter titled “Ättestupa” for that scene. You know the one.

Machine learning for editing — YouTube’s plan to debut video chapters means you might be getting some video-editing help from machine learning. With that, there is a strong potential for slightly odd-sounding chapters that lack human nuance and detail. Of course, if you don’t like the visual titles added to your work, that’s not a problem because you can opt out of the experiment by filling this form.

Reliance on bots, however, has created issues for YouTube recently. During the COVID-19 pandemic especially, the website has faced a lot of criticism for its automated flagging and removal of thousands of videos in the name of shielding viewers from the material that violated their guidelines. Although many harmless videos were mass flagged and taken down, the company justified the approach noting that it would rather remove than leave questionable videos up.

What YouTube says — According to 9to5Google, YouTube says, “We want to make it easier for people to navigate videos with video chapters, so we are experimenting with automatically adding video chapters (so creators don’t have to manually add timestamps). We’ll use machine learning to recognize text in order to auto-generate video chapters. We’re testing this out with a small group of videos.” By analyzing the words used in the video, YouTube machine learning will suggest chapter titles.

This helps on two levels, at least. For the content creator, a smart chapter title can give their material a good dose of clarity, direction, and narrative, which is similar to a compelling book having a definitive start, middle, and end. It works for the viewer too. If they don't want to watch a particular section of the clip, they can skip the chapter and be on their way. Easy.