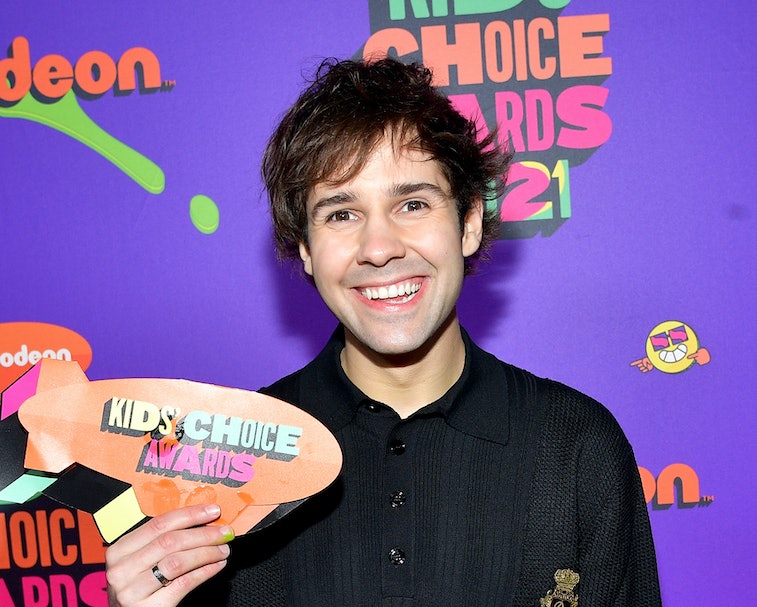 One of YouTube’s most popular influencers, David Dobrik, is losing yet another lucrative source of income, at least for the time being. Yesterday, the streaming platform announced it has “temporarily suspended monetization” for three accounts Dobrik and former Vlog Squad member, Durte Dom (Dominykas Zeglaitis), are involved in after Insider’s harrowing exposé earlier this month recounting several rape and assault allegations from 2018 against the latter individual. “We have strict policies that prohibit sexual harassment on YouTube and take allegations of sexual assault very seriously,” a YouTube spokesperson explained to Insider.

The newest financial blow comes after multiple major companies have similarly pulled their various sponsorships and advertising, including EA Sports, Dollar Shave Club, Hello Fresh, and Facebook. According to The Verge, Dobrik has also cut ties with Dispo, a disposable camera app he helped co-found in 2019. Earlier this week, Dobrik posted an apology video (below), stating “I fully believe the woman.”

Clips found their way onto YouTube — We won’t rehash the situation’s horrific details here, but suffice to say, it’s pretty clear Dobrik and his bro posse consistently oversaw unsafe, misogynist, aggressive, and pressuring social situations that involved and affected multiple women, at least one instance of which resulted in Vlog Squad’s former team member, Zeglaitis, sexually assaulting someone. Clips of the encounter were then edited into one of Dobrik’s YouTube episodes, which racked up over 5 million views before the anonymous victim managed to get the video removed.

While Dobrik has said that he creatively parted ways with Zeglaitis back in 2019, he has admitted to helping facilitate such situations. “I want to apologize to her and her friends for ever putting them in an environment that I enabled that made them feel like their safety and values were compromised. I’m so sorry,” he says in a recent upload. “

Will this truly change anything? — Dobrik’s financial hits are major blows to his bank account, and his brand is certainly tarnished by the revealing reports, but it remains to be seen if the consequences will be lasting, or even particularly effective. Given that this was someone in the social media star’s orbit, and not the man himself, it stands to reason Dobrik could weather this storm and live to vlog another day. Zeglaitis, for his part, hasn’t commented on the matter at the time of this writing. Here’s hoping he won’t resurface in any public capacity at all.

Sadly, this isn’t exactly an isolated incident. Influencer culture continues to give us plenty of reason to think it's a terrible idea that gives people poorly suited to fame outsized, and sometimes dangerous, reach.