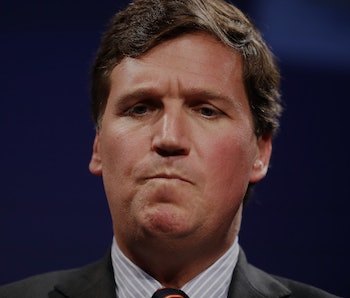 Right Wing Watch (RWW), an organization dedicated to following and exposing the rhetoric of far-right politicians, was briefly banned from YouTube for its videos criticizing right-wing viewpoints. The organization posted about the ban via Twitter Monday morning before its channel was eventually reinstated. YouTube says it “mistakenly suspended” Right Wing Watch’s account.

“Our efforts to expose the bigoted view and dangerous conspiracy theories spread by right-wing activists has now resulted in @YouTube banning our channel and removing thousands of our videos,” RWW tweeted around 9 a.m. EST. The organization goes on to say that it attempted to appeal the decision but YouTube denied the request.

Screenshots attached to the tweet — of emails sent to RWW, it appears — reveal that YouTube completely removed the organization’s YouTube channel after finding “severe or repeated violations” of YouTube’s community guidelines. There is no further explanation in the email as to which guidelines were broken.

YouTube has a reputation of allowing misinformation to spread through its platform like wildfire before eventually (sometimes) taking down the offending content. Meanwhile, accounts created with the sole intention of calling out that misinformation get outright banned. Even if YouTube later walked back the decision, something about it all just doesn’t sit right.

Some context — Right Wing Watch creates content in which it calls out the lies and misinformation being spread by right-wing politicians and activists. As you might imagine, these videos often contain clips of those right-wing figures doing just that. YouTube’s initial decision interpreted this inclusion as being against its guidelines, despite the videos’ critical stance.

This is far from the first time Right Wing Watch has dealt with pushback from YouTube. Back in April, RWW received two community guidelines violation strikes for videos featuring right-wing activists making false claims about COVID-19 and the election. RWW appealed both strikes and YouTube swiftly rejected both, the organization tells Input.

“We had stopped uploading content to our YouTube channel at that point,” RWW says of the ongoing problem, “as we now had two strikes and didn’t want to get a third and have our account shut down.”

The first of those strikes was set to expire in the next few weeks. Then YouTube flagged a video from eight years ago. This counted as the third and final strike against Right Wing Watch.

Absolute negligence — Right Wing Watch’s frustrations are only compounded by YouTube’s frequent allowance of conspiracy theories and other misinformation. YouTube has proven many times over that it does not mind hosting far-right content — as long as there’s a paycheck in it for the company. In this context, RWW’s complete ban was even more astounding.

As social media has burgeoned into one of the most prominent spaces for political discussion, this sort of double standard is becoming ever more noticeable. Twitter repeatedly banned accounts peddling the same misinformation as Donald Trump, for example, while leaving Trump’s own tweets up for all the world to see. That double standard is not a good look.

Update: YouTube has reinstated Right Wing Watch’s channel, claiming its earlier decision was a mistake. This article has been updated to reflect the new information.