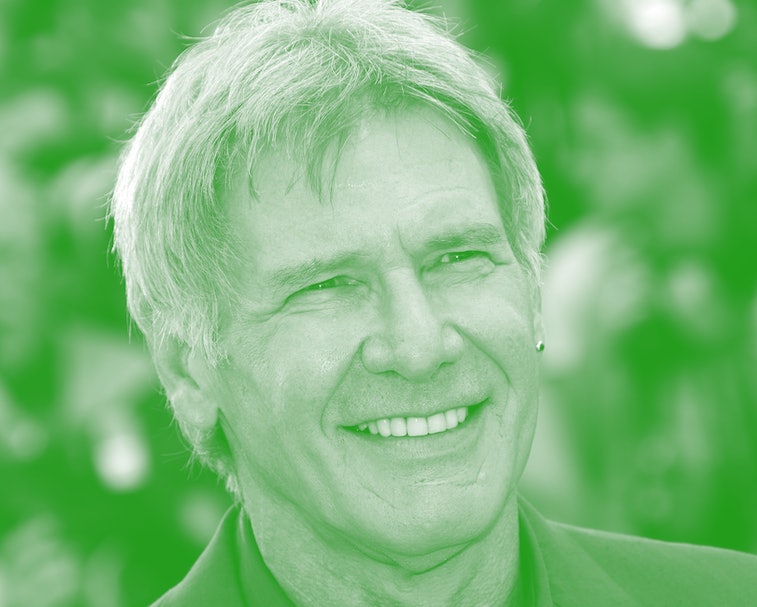 Solo: A Star Wars Story wasn’t technically a box office bomb when it was released back in 2018, but grossing $368 million on a $300 million budget certainly isn’t a success by any Hollywood metric. To be honest, switching Alden Ehrenreich’s face with Harrison Ford’s probably would have done little to help course correct that mess of a movie, but it would've gotten a lot of curiosity driven ticket sales. It also hasn’t stopped a bunch of people since then from utilizing deepfake technology to imagine a pretty surreal “what if?” scenario.

We officially have our best trial run yet of a Ford-starring take on Solo, and wouldn’t you know it, it's pretty convincing. In fact, we might reconsider our stance if someone did this to the whole movie.

Who (starred in the) shot first?— Created by YouTuber, Shamook, this latest Harrison Ford / Alden Ehrenreich deepfake face-swap is, for better or worse, undeniably the most impressive yet. The clip employs Paperspace cloud computing, and is only about two-minutes long, which honestly is a pity. Because Ehrenreich seems to nail the insouciant swagger of Han, but can't be held responsible for not having his face.

We've watched the clip above a few times now, and every time we do it gets a little more convincing. The only problem? Seeing a youthful Harrison Ford starring alongside a contemporary era Woody Harrelson is deeply unsettling. There are no such problems with the Jon Favreau-voiced mini-alien, though.

We also love the bonus deepfakery in the form of Billy Dee Williams taking the place of Donald Glover as a young Lando Calrissian. Not that we don't stan Donald Glover, because we do, all the way back to his "Troy and Abed in the Morning" days in Community.

This is going to cause problems — While utilizing deepfake technology to daydream of a young Harrison Ford at the helm of his own Han Solo movie is all well and good, it doesn’t change the fact that the AI software is already a real problem for us, not to mention we still have a long way to go before we can comfortably discern real from forged videos. Not only that, but companies are now offering deepfake audio services, meaning it's only going to get more difficult to trust our eyes and ears in the near future.

But hey, despite all the consequences involving consent, objectivity, and misinformation, deepfakes are still nowhere near as unsettling as disguised cake making. That kind of technological misuse (along with the one of Elon Musk and Jeff Bezos in Star Trek doing the rounds) should be banned immediately.