New U.S. restrictions cut off a major chip supplier for Huawei in latest blow to the Chinese company

"The U.S. is leveraging its own technological strengths to crush companies outside its own borders."

Huawei, in a recent statement 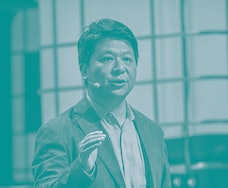 The world’s largest producer of semiconductors, Taiwanese Semiconductor Manufacturing Company (TSMC) has stopped taking new orders from Huawei, reports Nikkei Asian Review. The decision to cut off Huawei's orders is in compliance with the United States’ recent policy decision to prevent foreign semiconductor manufacturers that use American technology from shipping their products to Huawei unless they first obtain a license from the U.S.

Huawei is understandably unhappy about the stricter export controls; Guo Ping, a chairman for the company, said as much at the company’s annual analyst summit. “The U.S. government still persists in attacking Huawei, but what will that bring to the world?” he asked.

TSMC is still filling orders taken before the ban went into effect, as long as they ship by September 14. But this will inevitably deal a massive blow to Huawei’s operations; the company is TSMC’s second-biggest customer right after Apple.

Huawei is pissed — Though rumors of the semiconductor export ban have been floating around for a few months now, Huawei has reason to be upset with the news. And the company has chosen to be very vocal about its disappointment.

“This decision was arbitrary and pernicious, and threatens to undermine the entire industry worldwide,” Huawei said in a statement. “This new rule will impact the expansion, maintenance, and continuous operations of networks worth hundreds of billions of dollars that we have rolled out in more than 170 countries.”

An ongoing vendetta — This is just the latest in a long string of strategic moves by the United States against Huawei. The popular phone-maker has been a sore subject for the United States for years now. U.S. business with Huawei has been severely restricted for about a year now, after the Department of Commerce added the company to a blacklist for selling tech to Iran without obtaining the proper licenses.

Things have only gotten worse for Huawei in the U.S. since then. The Trump administration accused the company of spying through telecom networks without the government’s knowledge. The administration even earmarked $1 billion to replace infrastructure made by Huawei.

Huawei’s future isn’t looking bright — Despite closing out 2019 with an impressive 17 percent of the worldwide market share, Huawei’s 2020 and beyond are bound to be fraught with issues. Without TSMC, it’s going to be very difficult for Huawei to complete its phones.

There are a few rumored ways Huawei could make up for the loss. The company has been exploring domestic chip production through China’s Semiconductor Manufacturing International Corporation, and the company has even floated the idea of switching to Samsung-made chips if necessary. Nikkei Asian Review reports that Huawei has also stockpiled a year’s worth of chip inventory in case this ban passed.

The supposed cybersecurity reasons behind the continued efforts to thwart Huawei’s international success are shaky at best. Earlier this year Microsoft’s top lawyer said as much, and Richard Yu, CEO of Huawei’s consumer division, echoed the statement recently, stating: “The key is the treat to the technology hegemony of the U.S.”

No matter the reasons behind it, the TSMC ban will be very problematic for Huawei. It’s unlikely the company will be able to repeat its recent success any time soon.