“We didn't make a big deal out of it because we thought it will be fixed. But now, it affected a lot of people.”

A 21-year-old ex-employee of the Chennai Foxconn plant. 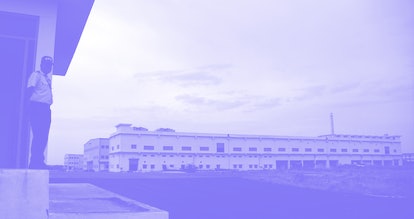 Earlier this week, a Foxconn production facility in India was put on probation following a widespread bout of food poisoning that sent more than 150 workers to the hospital. New details about the Chennai plant’s shortcomings have now emerged, thanks to six women who spoke to Reuters about their experiences at the facility.

The facility’s issues stretch back long before this particular incident, according to those workers. Here’s the long and the short of it: the provided dormitories are nightmare living quarters. Workers were forced to sleep on the floor — sometimes 30 to a room. Some dorms had no running water at all.

“People living in the hostels always had some illness or the other — skin allergies, chest pain, food poisoning,” a 21-year-old worker who quit after recent protests said.

Apple doesn’t directly manage Foxconn’s plants, but they are a major component in the iPhone supply chain. It’s beyond time for the company to assume some culpability in taking proactive measures.

Definitely not up to snuff — The living conditions at Foxconn’s hostels are, by all accounts, atrocious. And these workers are paying to live there. Their pay — about $140 per month — is significantly higher than minimum wage, making the jobs attractive to many of the workers, who are often recruited from “large, poor, rural families.”

The hostels’ food facilities are one of the main sources of discomfort for workers. Food safety inspectors found poor drainage and, yes, rats. Workers have been met with food poisoning, usually just a handful at a time, on more than one occasion. Others tell tales of finding worms in their food.

As you may have guessed by now, the Chennai plant didn’t do much to protect workers from COVID-19, either. In fact, an administrator found no safeguards at all, according to a police report.

Time to be proactive — The bulk of the responsibility for these unsafe living conditions falls upon Foxconn, as the owner of the plant. The company has said it’s “restructuring” its local management team to ensure its hostels are better-kept in the future.

But Apple is not blameless here. The Chennai plant has become a pivotal part of the iPhone supply chain, and, as such, Apple profits majorly from the work done there. Its obvious lack of oversight cannot be left out of this equation.

Apple is well aware its supply chain partners aren’t always up to snuff — and yet it still refuses to be more proactive in ensuring workers are treated well. Last year, for example, a pivotal glass-supplier was found to be using forced Uighur labor in its facilities. Another facility in India was put on probation late last year for its labor practices.

In this context, Apple’s lack of oversight looks a lot like complacency. For a company that loves to talk about how much it values every worker that makes its business possible, Apple really doesn’t seem very interested in making sure its workers don’t end up sleeping on the floor and eating worms.