“There is Mother Earth and comfort, and then there is… death.” 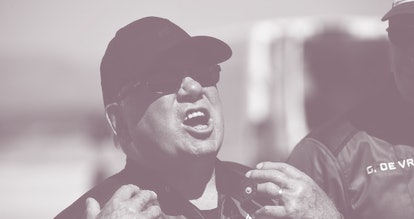 William Shatner, the actor best known for his roles in Star Trek and all those Priceline commercials, took an 11-minute space cruise last October in Blue Origin’s New Shepard rocket, but he didn’t enjoy it all that much. Shatner ended the trip weeping, he told CNN in a recent interview, because he was “grieving for the destruction of the Earth.”

At 90 years old at the time of the flight, Shatner is the oldest person to ever visit space. A ticket on Blue Origin’s quick space jaunt would’ve cost him about $28 million, affording Shatner just over 10 minutes in Earth’s orbit.

Notably, Shatner did not mention in his interview that the very Blue Origin joyride he took part in undoubtedly posed a threat to the ozone layer. Though Blue Origin doesn’t burn traditional rocket fuel, experts say New Shepard is far from environmentally neutral.

We feel you, Will — Shatner left his Blue Origin flight visibly shaken by the experience, but he says it took him hours to really understand why he felt such intense emotions. But then he really felt it.

“It’s gonna get worse!” Shatner said in the interview. “It’s like somebody owing money on a mortgage, and they don’t have the payments and they think ‘Oh well, let’s go to dinner and not think about it.’”

Of course, climate change is a problem many, many people around the world are confronting every single day without ever leaving the ground behind. Climate-related disasters, like expensive beachfront homes collapsing directly into the ocean, are ruining lives on a daily basis. That’s the thing about Shatner’s mid-orbit revelations: they’re not wrong, but they’re also not the sort of ideas you should necessarily need to spend $28 million and many tons of fuel to understand.

About that fuel — Speaking of expending fuel, there’s an interesting conversation to be had around just how detrimental these civilian flights really are to the Earth’s climate. Leading up to the New Shepard’s first launch, a viral tweet claimed the flight would put 300 metric tons of carbon in the atmosphere — but it turns out Blue Origin’s fuel doesn’t actually produce any carbon at all.

This debunking may make it seem like Shatner didn’t actually put his needs above those of the Earth when he booked his Blue Origin flight. But the liquid oxygen and liquid hydrogen used instead of traditional jet fuel still pose risks to the environment. No matter what it expels, sending spacecraft into orbit does contribute to the degradation of the ozone layer. Most commercial hydrogen is produced using fossil fuels, too.