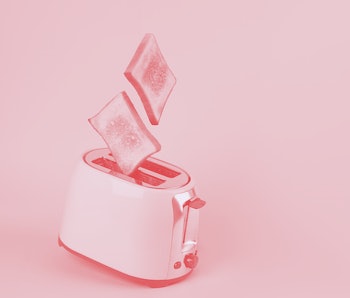 For more than a decade, a Wikipedia article for “Alan MacMasters” told the story of a 19th century inventor of the toaster, complete with a photo and the tale of a drunken epiphany. According to the (now removed) article for Alan MacMasters, he lived from 1865 to 1927; he attended the University of Edinburgh; he studied in the Department of Natural Philosophy. It seemed relatively plausible. It had a handful of citations. But it was completely made up.

Say psych right now — Alan MacMasters is one example of the many Wikipedia hoaxes that remained undetected for years. Just this year, we’ve seen media cycles around the Chinese woman who wrote tomes of falsified Russian history on Chinese Wikipedia and the bored teen who named the Pringles mascot “Julius.” Wikipedia complies these in a sprawling list of hoaxes on Wikipedia and a list of so-called citogenesis incidents.

But occasional instances of vandalism don’t discredit the entire site. Wikipedia does not advertise itself as a reliable source (you can read the “Wikipedia is not a reliable source” essay for more details). Every hour of every day, nefarious pranksters attempt to vandalize Wikipedia with false information. And every hour of every day, dedicated volunteers remove the clutter. As someone who often patrols Wikipedia’s recent changes tab to remove bad faith edits, I can assure you that most vandalism is blatantly obvious and painfully unfunny: teenagers adding themselves to their high school’s “notable alumni,” zealots replacing the entirety of a pro-choice politician’s article with the words “BABY KILLER!!!”, lovelorn young people adding the name of their crush to the article about beauty, drunk sports fans writing mean jokes on their rival team’s article. It’s occasionally humorous — I’m not above a few jokes here and there! — but it ultimately degrades one of the internet’s last bastions of accessible, ad-free knowledge, which I simply cannot condone.

The Alan MacMasters-toaster-hoax was recently discussed in a post on Wikipediocracy, a decade-old blog where a small crew of Wikipedia critics discuss and pillory the free encyclopedia. On it, a recent post with the overdramatized but admittedly hilarious title “Wikipedia’s credibility is toast” interviews the anonymous creator of the fictitious entry. Back in 2011, this anonymous prankster turned to Wikipedia to attribute the invention of the toaster to their university pal named Alan MacMasters, creating an entirely fabricated origin story and a hastily photoshopped photo.

How do you solve a problem like citogenesis? — The story is just one example of circular editing — where a person puts false information on Wikipedia with no citation. A journalist then uses that information in an article, and a later Wikipedia editor uses the article as a citation for the original unsourced statement. If that was confusing, please just refer to the relevant xkcd comic.

Other hoaxes — Because Wikipedia citogenesis is so difficult to detect, it’s practically impossible to know its prevalence — who knows what lies might be hiding under our noses! For a decade, historians fell for the Jar’Edo Wens hoax, in which someone (possibly named Jared Owens?) created an unsourced Wikipedia article about a fictitious Aboriginal Australian god whose name was suspiciously similar to “Jared Owens”, was Wikipedia's longest-standing hoax article at the time a vigilant volunteer detected it in 2015. But by then, it had been discussed in several published books. There’s also the time someone wrote on Wikipedia that a street in Berlin was nicknamed “Stalin’s toilet” (it wasn’t) and the media ran with it before a journalist named Andreas Kopietz confessed to being the original vandal. It’s made up gods and Soviet bathrooms and Alan MacMasters all the way down.