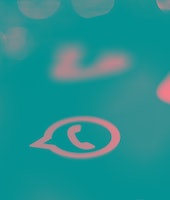 WhatsApp's latest update has led to an eyebrow-raising exodus of users from the once popular platform. Citing security concerns, these users are turning to Signal, which has won over 50 million downloads through Google Play Store.

WhatsApp's integration with Facebook is the main source of apprehension and criticism coming from many existing users. Critics believe that the integration will lead to compromised privacy and security protocols, exposing the personal data of users who rely on the platform to communicate with friends and family. Based on Facebook's record around user privacy, it's not an entirely unreasonable worry to have.

How we got here — The latest update requires users to agree to a new privacy policy, which opens information around IP addresses, user location, battery level, IMEI numbers to Facebook.

Of course, it didn't help WhatsApp's case when the likes of Edward Snowden and Elon Musk pointed to Signal as a worthier alternative. The recommendation coming from both is based on how Signal doesn't collect heaps of your metadata, it doesn't allow that data to be linked back to individual users, over the summer during Black Lives Matter protests it added a feature to blur photos to avoid identifying activists, and it shrouds information like your calls, group chats, and other data points behind encryption.

To welcome these new users, Signal is going further by updating its suite of features like wallpaper options, animation stickers, and other customizable options that are bound to impress the ex-WhatsApp user.

What WhatsApp says — In response to accusations of weakened privacy settings, WhatsApp has attempted to do some damage control. It has assured users that their private messages and calls will be viewed by neither Facebook nor WhatsApp, that it doesn't keep logs of your communication, it won't sniff around your location data, and it will allow users to set their messaging to disappear after a certain time and give them the option to download their individual data from the app.

Signal is joined by Telegram, yet another messaging platform, seen by many as a viable alternative. The ease of switching from a sketchy app to a trustworthy one is something Facebook and WhatsApp should seriously contend with if they want their services to remain useful and not become laughing stocks in the hugely diverse, ever evolving app market.