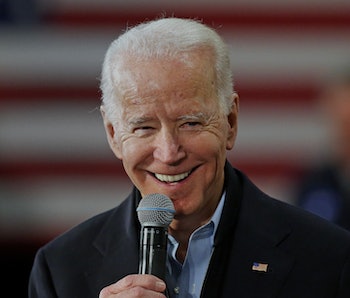 As President-Elect Joseph Biden prepares for office, pressing issues around the pandemic, civil and human rights, and climate change are driving the conversation. The future of the internet will likely also get a much-needed push in the right direction thanks to this changing of the guard. Biden made his stance on net neutrality and internet accessibility clear during the campaign, but here’s what that could look like in practice, according to Recode.

Bye-bye, Ajit Pai — Ajit Pai has had a confusing tenure as chairman of the FCC in order to appease the Trump administration, from preventing Chinese companies from improving 5G infrastructure in rural areas and supporting increased regulation of social media platforms. The FCC managed to make some inroads on robocalls, and the pandemic forced its hand on tepid data throttling policy. Still, Pai’s overall legacy will be defined by his business-friendly, net neutrality-loathing leadership.

Who will be the new chairperson? — As a career politician, no one can say with certainty where Biden will look for a new FCC chair, but smart money suggests that person will turn out to be the first woman in the agency’s 86-year history. With control of the Senate still hanging in the balance, Commissioner Jessica Rosenworcel is a likely candidate since she would not have to go through the confirmation process.

National Telecommunications and Information Administration (NTIA) senior adviser Nathan Simington was tapped by Donald Trump to replace an Obama-era appointee, but he has yet to be confirmed as Republicans get their priorities in order for this lame-duck session. A Republican-controlled Senate combined with Simington not being confirmed could also influence Pai to remain in the agency to deadlock decisions along party lines.

What will be important to Biden’s FCC? — Biden’s FCC will aim to reset Obama-era decisions like bringing back net neutrality and reclassifying broadband internet as a Title II service, allowing oversight akin to that over telephone companies. With everything back in the right place, the agency can look towards making the internet a utility rather than a privilege.

In addition to expanding coverage in rural and tribal areas, the FCC would seek to update programs like E-Rate and Lifeline to make broadband more affordable. Though urban areas are more flush with internet infrastructure, it's often cost-prohibitive to many people — an issue exacerbated by the pandemic.