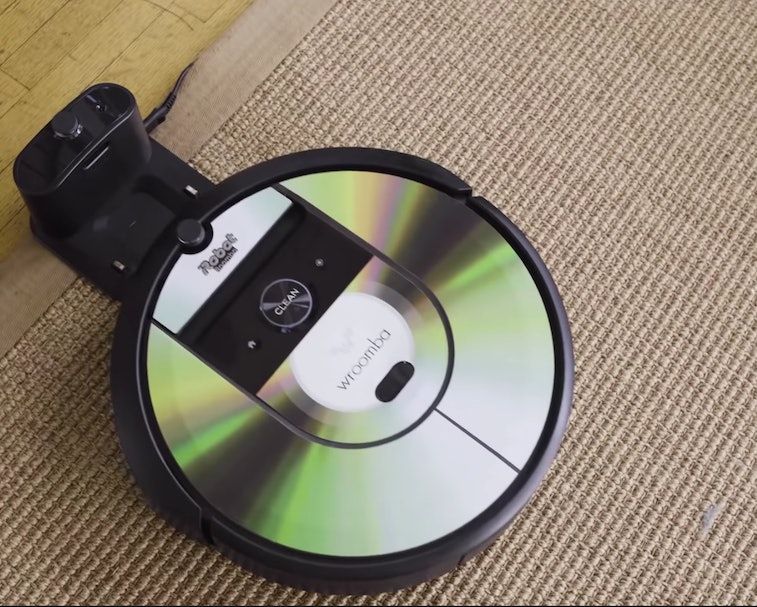 Earlier this week, Weezer and iRobot announced a partnership no one asked for, and from which few will benefit: the Wroomba. What is the Wroomba? C’mon. You know exactly what it is... a regular Roomba i7 model with a decal version of the band’s upcoming CD artwork slapped on the top of it. Those interested are encouraged to add their email to the Weezer marketing mailing list, which will automatically enter them for a chance to win one of five special edition Wroombas in advance of the band’s upcoming album, Van Weezer (sigh), which comes out on May 7. At least they aren’t asking anyone to pay extra money for the thing.

Not naming it the ‘Jonas’ was a missed opportunity — C’mon. It was right there, Weezer. Anyway, there really isn’t too much additional information available for this unholy marketing gimmick tie-in other than “It exists, you can possibly win one by further sacrificing your personal data to the email listserv gods, and Weezer is somehow still kinda-sorta a thing.”

Like most things Weezer, we will also begrudgingly admit the 40-second ad spot is semi-clever and cute, featuring “testimonials” like “So much better at cleaning than human Rivers [Cuomo],” from the band’s drummer, Pat Wilson. There’s also the rigorously fact-checked statistic that “Studies show that 9/10 humans have dreamed of Weezer cleaning their house. But it simply wasn’t possible… until now.” Ha ha. Get it? See, it’s funny because obviously that’s not true.

We’ll take one of the drunk Roombas instead — Of course, why wait for the off-chance to win a Wroomba when regular Roombas are apparently super entertaining on their own? Earlier this year, bugs within iRobot’s software updates reportedly left a number of owners confused by their vacuums’ “drunken” behavior. We assume the issues have since been fixed, but hey, it can probably be replicated again by pouring some beer on your i7. You can even blast Pinkerton while you do it, thus creating your very own Wroomba.

Not all music tie-ins are terrible — To prove everything doesn’t have to be such a terrible mash-up, we’ll also take this time to remind everyone that a couple developers designed a site a while back that converts real-time Wikipedia edits and updates into relaxing, ambient noise... and yes, it sounds better than most of Weezer’s releases over the past decade-and-a-half. Low-hanging fruit? Yes. But that doesn’t make it any less true.