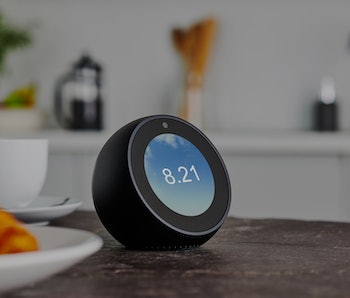 After months of speculation and delays, Amazon’s biggest shopping event of the year is here. If you’re looking for the company’s most impressive price cuts, you won’t want to load up the Amazon home page — you’ll need to ask Alexa for those.

Amazon has slyly added some exclusive price cuts to Prime Day items when they’re ordered through an Echo device, Forbes reports. Because these deals are Easter Eggs of a sort, you’ll have to do a little digging to find out which deals Alexa has in store for the day.

Amazon has done very well for itself during the COVID-19 pandemic, further widening the gap between its multi-billion-dollar business and the small businesses around the world that it’s effortlessly decimating. Prime Day — which is actually two days this year, and also offered some pre-event deals — is sure to put even more money in Jeff Bezos’ overflowing pockets.

So wait, what’s included here? — That’s the thing: we’re not really sure. No one is, because Amazon’s keeping tight-lipped about these extra deals. The only way to find out if Alexa has a special deal in store for you is to go ahead and ask it.

In the U.K., for example, the Ring Doorbell 3 is 25 percent off — but only if users ask Alexa to complete the transaction. Similarly, the Blink Mini smart security camera is about $33 on the Amazon U.K. website, but when purchased through Alexa it’s just under $20.

Amazon has just one goal — Prime Day is the perfect microcosm of Amazon’s business model: lure users in with low prices and then hold them tight with “free” shipping options. Because you need to be a Prime member to access these exclusive deals, it’s a perfect tool by which Amazon can convince non-subscribers to sign up or get existing subscribers who might be wavering to hang onto their subscription.

Amazon is able to offer these deals because it operates on a model of cheap, replaceable labor, and has no qualms about copying rivals products or strong-arming them into using its fulfillment centers so it can monitor rival's performance and then emulate their most successful wares. The companies warehouses, in particular, are known for putting workers in harms’ way in the effort to provide inexpensive e-commerce to the masses. This carelessness has exposed more than 19,000 of the company’s workers to COVID-19.

But, people are out of work, economies around the world are struggling, and cheap goods are more in demand than ever... which are all good things for Amazon. Last year the company sold more than $7 billion in goods through Prime Day sales. Whether this year's pandemic-inspired belt-tightening will reduce that number remains to be seen.

If you’re searching for the best deals today or tomorrow, just ask Alexa about them. The smart speaker will direct you to deals available both on Amazon’s website and those that are unlisted. Just don’t ask it about unions.