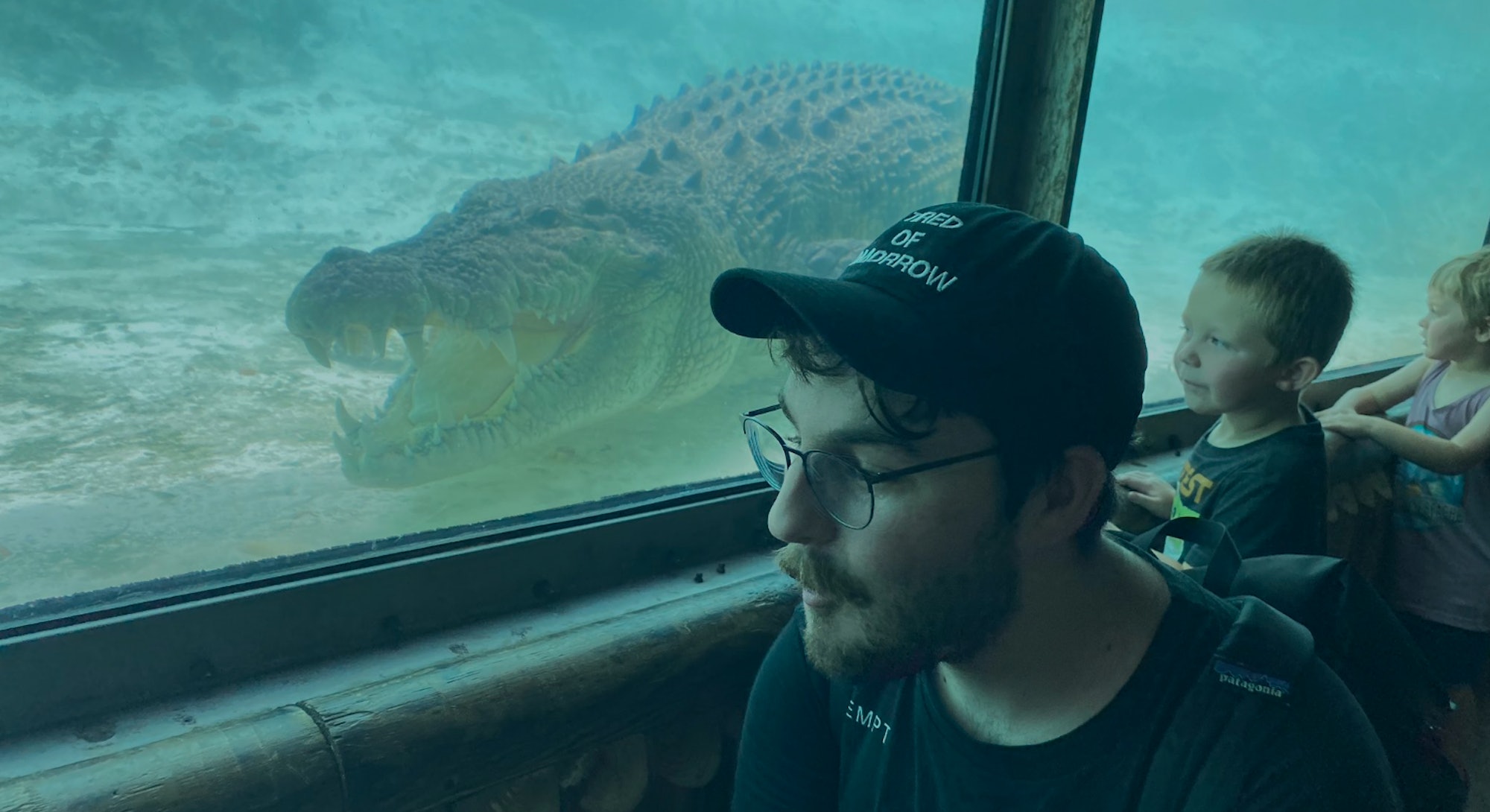 Please don’t ask Seth Kaplan if he knows your bit of alligator trivia. He does.

But he understands why people are constantly eager to share their crocodilian factoids and film references with him. When you run Gators Daily, you can expect... well, you know. Gators on the daily.

“Anything where there is a gator in it, I know about it because people will tag me [on Twitter],” Kaplan tells me over Zoom. “Like, when Alligator Loki happened, my DMs were fucking nuts.”

Kaplan is the sole overseer (as his email signature notes, Chief Gator Officer) of Gators Daily, a Twitter meme account as simple as it is both ingenious and massively successful: All alligators, all the time. The idea came to him during a party at his apartment in October 2019, when Kaplan, still a college student, began discussing niche online animal fandoms with friends. “Okay, where’s my favorite animal? I want some representation,” he remembers saying.

Enter: Gators Daily, or in his words, “the greatest drunk thought I ever had.”

After an initial few months of minor meme content, Kaplan’s account stabilized at around 500 followers, many of whom were bots purchased as a gag by a friend. This was totally fine with Kaplan, who had no intention of pushing the project any further — at the time, his chief recruiting tactic primarily involved the occasional Twitter keyword search of “alligator,” finding the posts that mislabeled them as crocodiles, and correcting them.

When Kaplan’s college courses moved online during the pandemic’s onset, like most of us he found himself with a lot of newfound free time to stress about the state of the world. “I was like, ‘Well, this sucks. [But] now I can tweet 18 times a day because nothing matters anymore,’” he says, laughing.

“A lot of people I interacted with before I went viral were furries and queer people,” he says before asking me if I knew of their “Scaly” subcategory — which, as you can probably infer, are members of the furry community fostering a deep appreciation for reptilian and amphibian personas. “Furries are some of the queerest people to ever exist. They are loudest and proudest queer people you will ever meet.”

Kaplan, a longtime volunteer in local leftist political races and causes, loved Furrydom’s still-smalltime embrace of Gators Daily. The support gave him the comfortability to lean into left-leaning and queer-themed memes, which only increased the frequency of his posts going viral.

Fans began wondering just where in the swampy bayous the “Gators Daily Guy” must reside (the answer: none. He lives in Boston, actually) and if he’s always been so dedicated a gator fan (the answer: since Day One. He has a photo from the first day of kindergarten in which he’s sporting an alligator T-shirt, and he showed me his alligator arm tattoo he got long before creating the account).

And then came Flat Fuck Friday.

“Flat Fuck Friday was the catalyst for my expansion,” he says solemnly before laughing. “Once you have that one viral moment, you can go anywhere.”

“People would message me and be like, ‘The only thing that makes me know what day it is, is Flat Fuck Friday,’” says Kaplan, going on to paraphrase some of the many DMs he received: “The internet is now such a horrible place... you’re seeing all these horrible things, and then you see this photo of a gator that says ‘Shut the fuck up, he’s sleeping.’ That’s what made me smile, and then I just continued to doomscroll. But I really appreciate that one moment of happiness.’”

Soon after, at the height of the George Floyd verdict protests, Kaplan tweeted an image of a gator punching a cop that went “super viral” in his words. From there, he collaborated with a few artists on patches conveying a similar sentiment, and sold them on the Gators Daily website. The small project quickly raised roughly $10,000 for the Black Lives Matter movement.

“I was like, ‘Okay. This is a thing. This is greater than I ever could have imagined.’”

Kaplan tells me that he knew Gators Daily could have easily remained a nameless, faceless account that did nothing apart from posting alligators, but that would be squandering such a random, wonderful opportunity. “I’m a white guy — what can I do with what I have that will make even a crumb of difference?” he says.

It’s this decision that elevates Gators Daily above virtually every other absurdist, extremely online account. Kaplan’s web store has paid for his rent (and occasionally more) since May 2020. He recounts accepting meetings with marketing experts and content specialists, and being told how it would be so easy to dive into the Gators Daily brand and simply make a lot of money.

But Kaplan says he won’t do that. Instead, he’s using his account to almost continuously promote and celebrate leftist, progressive causes, raising substantial amounts of money for organizations like The Trevor Project and BLM. One of his favorite parts of his improbable online rise is that it also allows him to help support smaller, lesser known artists through (admittedly genius) merchandise collaborations. He routinely issues calls for submissions via Twitter in order to find new people to work with and promote.

“It’s my platform. I don’t give a fuck,” he puts it succinctly. “I’m not some corporation that needs to have a liberal facade like the classic Raytheon LGBT logo kind of thing.”

Kaplan admits he was originally somewhat scared of riling up the worst that the internet has to offer us all, but that fear quickly dissipated upon hearing from his opposition. “Imagine living your life, and being like, ‘I need to message this fucking alligator Twitter account and say ‘Go kill yourself, you fucking Marxist.’ It genuinely makes me laugh,” he says, adding that usually a simple public callout of the abuse is enough to ratio the “hog followers” into oblivion.

It’s ironic that one of Twitter’s more popular founts to humanity comes from a meme account about reptiles, but it’s also fitting for such a strange, confusing, and contradictory time. Kaplan remains in the near-distance as “admin” of Gators Daily, posting “quarterly face reveals” reminding everyone all of this doesn’t stem from a full-time content creator. Kaplan is the shitpost influencer who eschewed the influencer path. Instead of brand tie-ins to fund online empire expansion, he remains a 9-to-5 software engineer who celebrates Flat Fuck Friday just like the rest of us... when he remembers.