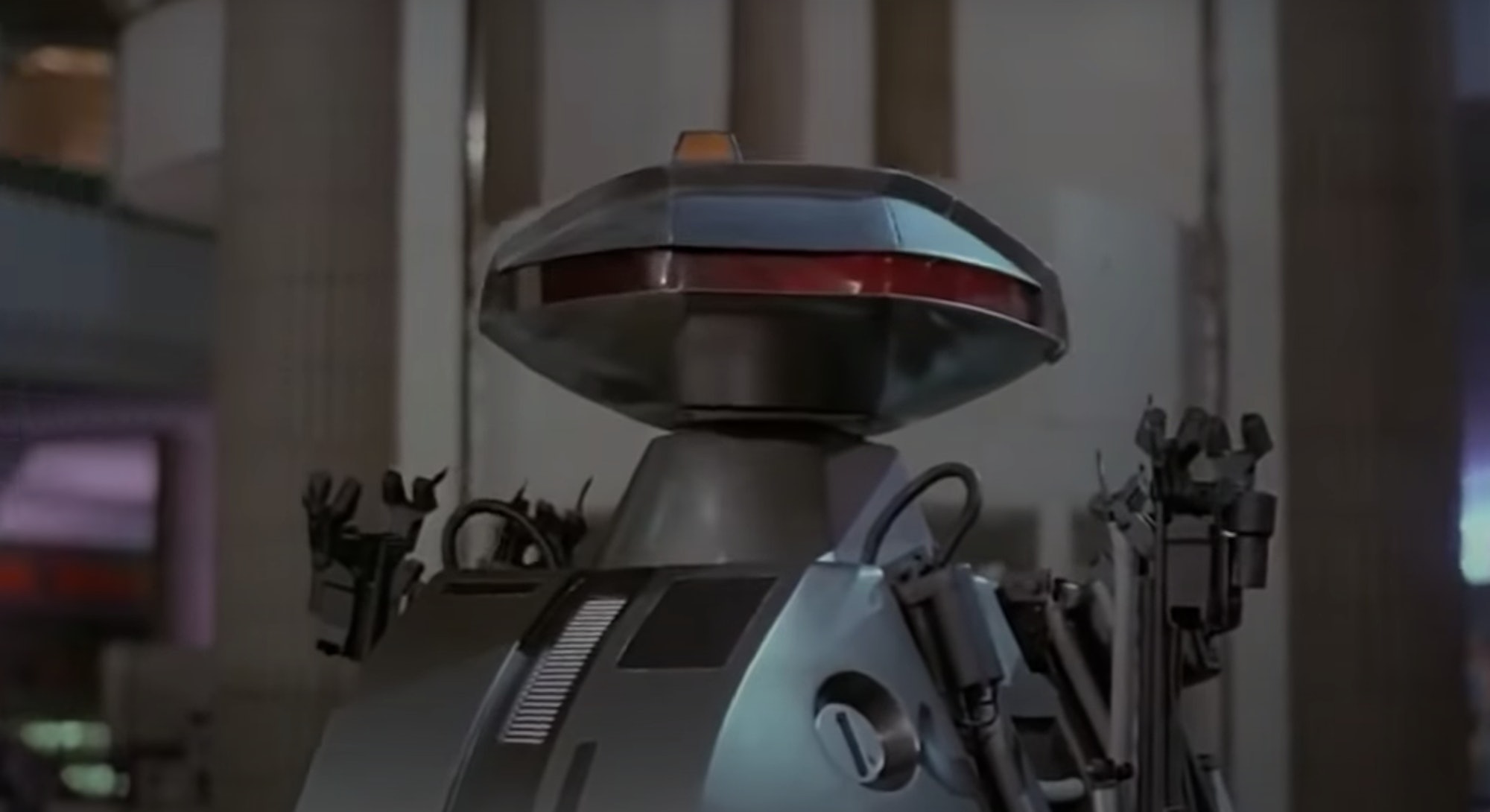 When the sky turned orange from raging wildfires this year and the unseen eyes of the law started to feel hotter than ever on ordinary citizens’ backs, it wasn’t worry alone that struck many people but recognition, too; we’ve seen this before and we know what happens next. Science fiction had prepared us.

The world burns, and from the ashes rise the technological elites, using artificially intelligent machines to cement their dominion. Or so it goes. Is this, what’s now playing out in front of our eyes, not the dystopia we’ve come to expect?

Not really — not yet.

Even considering our worst moments, humanity’s relationship with technology is still much too awkward for that.

Our reality hasn’t become one of the AI-enhanced hive mind and fully realized potential of machines, but of mall security robots too stupid to avoid falling into fountains and self-driving cars that still can’t be trusted to, well, self-drive on city streets (at least, not without a chaperone). While law enforcement tries to flex authoritarian control by way of innovation, cops emboldened by technology still often end up showing their asses and getting called out for it. And the public has already wisened up to so many of their tactics. We’re at the crossroads, our fate not yet sealed in, and technological sophistication feels more like an anomaly, not the rule.

We're living out a low-budget, “B” horror movie.

As far as analogues go, we’re not living out the future envisioned by traditional science fiction, we’re in a low budget, “B” horror sci-fi where the effects are cheap, the scripts are corny, and the scenarios disrupting everyday life are almost too bad to be believable. The world today is shaping up to be a lot more Chopping Mall than Blade Runner.

The 1986 slasher, Chopping Mall, and other cult gems like it speak to the nonsensical, the comically bad. Life is more or less normal — until the moment it isn’t. In this case, that moment comes with the introduction of security robots designed to patrol the mall that, as the man selling the concept insists, “do not kill.” The Protector 101 Series robots are safe and good, just a little harmless intervention to relieve some of the pressure human workers face. Sound familiar?

Chopping Mall, 1986
This is real and not at all terrifying!! Knightscope

Customer service robots as we know them might not be using fatal force on shoplifters, but they sure as shit aren’t all that great at their jobs yet. Knightscope, perhaps the most well-known provider of security robots, pats itself on the back for “reducing crime” in the areas it’s been deployed to. The company boasts its security robots “provide really smart eyes and ears for humans to conduct their jobs much more effectively.” Jobs that have so far included shooing homeless people away from businesses.

Questionable applications aside, the technology is still prone to hiccups. A few years back, a Knightscope robot patrolling a mall ran over a toddler — a mishap in which there’s a very fine line separating comically bad and genuinely tragic. More recently, security bots have also just straight-up ignored legitimate pleas for help. They’re occasionally effective at best and dangerous to human life at worse. It’s no surprise they aren’t a fixture of public life just yet, no matter what the company pushing them may claim. The robots aren’t ready, and neither are we.

The robots aren't ready and neither are we.

The same could be said for autonomous driving. It’d be hard to go looking for a B horror movie from the late ‘70s-’80s (the genre’s peak) and not encounter a story about cars that seem to have a mind of their own and a thirst for blood. Take your pick — from The Car or Christine (the book and movie) to Maximum Overdrive, sentient vehicles are the poster child of the cult-classics. And there’s enough real-life material now to legitimize the concept.

While the killer cars in The Car or Christine had personal motivations behind some of their actions, the outcome is the same we see when real-life autonomous vehicle accidents occur: a car operating free from the control of a human driver crashes into someone or something, and that sometimes results in death. A two-ton hunk of metal will have that effect.

Just waiting patiently for the next victim. The Car, 1977
Okay maybe not as menacing... JasonDoiy/iStock Unreleased/Getty Images

Crashes involving self-driving cars are now a relatively frequent occurrence. Just look at Tesla. Other companies testing autonomous systems have pulled back a lot since the fatal Uber incident in 2018, but they’re beginning to ease back in and they’re still far from perfect. Waymo, which recently launched trials without human backup drivers, reported 18 accidents in a 20-month period. Fender benders or not, it doesn’t inspire much confidence.

I’ve had the privilege of experiencing first-hand what it’s like to ride in a self-driving car on two separate occasions in Las Vegas, and as impressive as they both were, I still found myself holding my breath when we encountered a sudden construction site or a pedestrian stepped into the middle of the road. It was the human backup driver that mitigated those situations to avoid catastrophe, not the car, and I was relieved to have them there. Even without the gore and camp, when you find yourself considering the prospect of a near-miss or worse, it still feels frighteningly surreal — you might even laugh with stupid relief when it all turns out fine.

In so many ways, our lives today are technologically ridiculous. Time and time again, we’ve reached Maximum Overdrive, albeit in a much less extreme (but no less absurd) form.

It's not Philip K. Dick behind the wheel, it's John Carpenter.

Our beloved gadgets often don’t work and sometimes harm us in the process of malfunctioning. It’s been a mere four years since Samsung released a phone that wouldn’t stop exploding and knockoff hoverboards were setting homes on fire. Exploding vapes and e-cigarettes have left some unlucky users permanently disfigured or requiring facial reconstruction.

When the shit hits the fan and we’re teeming with betrayal and frustration about the over-the-top failings of everyday devices, we’re no different than the waitress who screams at a sentient truck: “You can’t do this, we made you.”

But in the end, we find ourselves living out the most prescient depiction of humankind’s near-undoing at the hands of technology and oppression: They Live.

John Carpenter’s 1988 action-sci-fi-horror-comedy has it all: mass surveillance, total control via consumerism, teleportation, the technological elite (who communicate by what looks a lot like Apple Watches).

Most importantly, They Live portrays the radical uprising of citizens still living in the pre-apocalypse that are perhaps savvier than science fiction writers ever really accounted for. They just needed to first put on the glasses and see the truth. If 2020 has taught us anything it’s that we, much like the movie’s hero John Nada, are here to “chew bubblegum and kick ass.” And we’re all out of bubblegum.

Sci-fi’s vision of dystopia may yet materialize but we aren't there now, if only due to the direct action of regular people who refuse to let it happen quietly. At least in our current moment, it’s not Philip K. Dick behind the wheel — it’s John Carpenter.