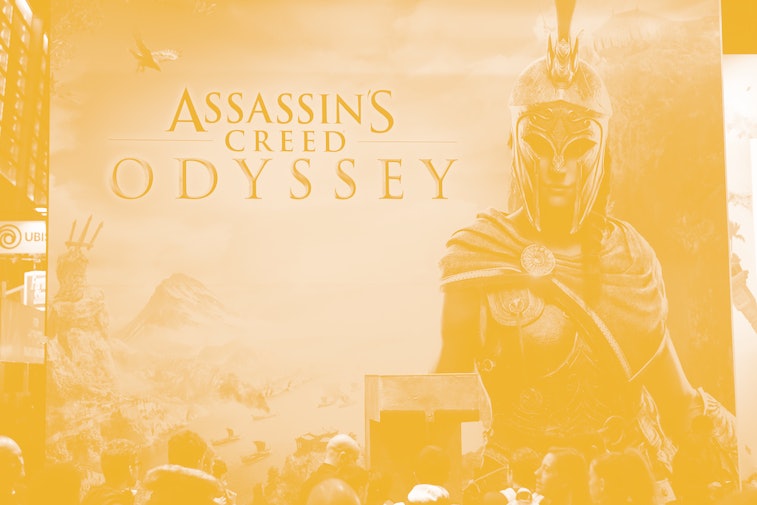 Ubisoft has an announcement bound to make both gamers and bookworms happy. On April 21, the company shared a brief look at an upcoming partnership with author and illustrator Adam Hargreaves. The English writer, who is also the son of the famous Roger Hargreaves behind the Mister Men and Little Miss series for children, will write and design Assassin’s Creed children’s books.

Hachette Heroes, the French publication house, has agreed to publish the six-volume series. The company otherwise has yet to share any details about the release date or the price tag. We don’t know yet if the books can be bought separately or if Hachette Heroes will release the series as one collective set. Either way, we’re excited.

Hush hush for now — The details about the material within the books remain scant at the moment. But you can expect to see the famous Mister Men and Little Miss characters complete Assassin's Creed-relevant missions in the titles. Figures like Mister Ezio, Little Miss Kassandra, and Little Miss Eivor will most likely wear Assassin's Creed apparel and carry familiar weaponry. A little glimpse at the upcoming books show the famous characters wearing medieval robes, raising an axe in the air as well as a bow and arrow.

So far, Ubisoft has not explained which lore the books will focus on but it's possible that the series will borrow from various settings, including Italy, Ottoman-conquered Constantinople, North America, France, London, Egypt, Greece, and Nordic regions.

What is striking about this collaboration is that Assassin's Creed is not exactly PG, to put it mildly. This is ultimately about a brotherhood of assassins often executing, no pun intended, grisly and intense missions in different regions. On top of the obvious violence in the series, there are ethical puzzles for the protagonist, including bribery with locals, striking sketchy deals, and even manipulating and exploiting secondary characters to agree with one's objectives. In some cases, your character has to encounter bloodthirsty cults like the Cult of Kosmos in Assassin's Creed Odyssey.

It will be interesting (impressive, even) to see how Hargreaves and Ubisoft find a kid-friendly way around these themes.