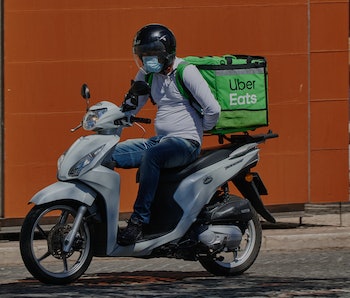 Uber Pass, the rideshare and food delivery company’s subscription service, will roll out to more than 200 cities across the U.S. today — just not any in California. VentureBeat reports that Uber Pass had previously only been available in 10 cities. The $25 a month service is aimed at frequent Uber and UberEats customers and offers discounts on rides and food deliveries. The widespread launch comes with some changes to the service and in the middle of a game of chicken between Uber and Californian lawmakers.

Uber Pass allows subscribers to score 10 percent off UberX, XL, and Comfort rides, 15 percent off Black, SUV, and Premier rides, and 5 percent off Uber Eats orders over $15 as well as free delivery. Uber’s Cornershop acquisition brings the additional, nascent benefit of free delivery on grocery orders over $30. The monthly fee lands higher than competitor Lyft’s subscription, but food and grocery delivery give Uber the edge in terms of features.

When the Uber Pass beta test expanded its purview and became more universal across cities in 2019, it also featured discounts on scooter and bicycle rentals. That perk, along with UberPool discounts, has fallen away since Uber no longer owns Jump.

No one’s flinching — Uber and other prominent gig economy companies are fighting tooth and nail against California’s Gig Workers Bill (or A.B. 5, as it's known) which forces them to make independent contractors employees, meaning they have to provide benefits as they do to corporate employees. A coalition of these companies has poured $110 million into a ballot measure to get them off the hook, but in the meantime, the law has the upper hand.

A.B. 5 went into effect in January and companies like Lyft and Uber have not complied, instead choosing a lengthy legal battle. They still haven’t adhered to the law, despite a recent ruling forcing compliance by August 20. In response, Uber CEO Dara Khosrowshahi has publicly threatened to shut down operations in California, pending the appeals process, and California users now receive a warning about a Thursday night cutoff for services in the Uber app.

A temporary shutdown — In a blog post about its Californian woes, Uber says the shutdown will only be temporary, but that's not guaranteed. Uber might not be expecting to lose, whether it's this week or in November, but it also can't be assured Californian lawmakers will back down. And even if Uber does have to eventually comply with the law, the transition would likely merely delay it resuming service until 2021.

Should this come to pass, obviously access to Uber Pass is out of the question. That carrot was actually removed from the Los Angeles beta test late last year. Now, the stick is primed to remove what little income drivers make already amid an unprecedented financial crisis. Californians, aren’t the well-deserved labor protections for thousands of people worth more than a few dollars off your burrito?