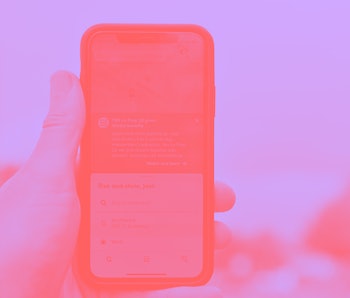 Not sure if you heard, but America had ourselves a few elections last night. A lot remains to be seen still, but among the incredibly disheartening early returns: a controversial bill in favor of gig-based employers safely passed in California that will prevent them from providing many otherwise standard benefits to its contractors.

Prop 22 is a go — Californian voters overwhelmingly sided in favor of Proposition 22, exempting gig-based companies like Uber, Lyft, and PostMates in the state from being required to classify their workers as employees. While a few, new worker rights will become guaranteed (like minimum hourly earnings), most traditional benefits such as health insurance, worker's compensation, and paid sick leave will remain out of reach for millions of the gig economy's "part-time" drivers.

An investment that could have gone to workers — The corporate-friendly decision with huge labor implications came at a pretty steep cost for the company backers, too. At $200 million, the pro-Prop 22 ad campaign easily became the most expensive in California's history. (That's a helluva lot of money that could have gone to their workers, but we digress). The funds capped off a months-long battle with the state, including threats by Uber to not only limit expansion in California, but to pull out of the state entirely due to the supposed costs that would come with hiring on drivers as employees.

Apps like Uber also included Prop 22 disclaimers in the days leading up to the vote, a push that may have actually been in violation of Apple's App Store policies against sending "unsolicited" messages to customers. All in all, it was a lot of work, money, and energy sunk into convincing Californians that gig workers are doing just fine these days (spoiler: they aren't), but seeing as how those in opposition raised only about a tenth of that $200 million, the results are unfortunately unsurprising.