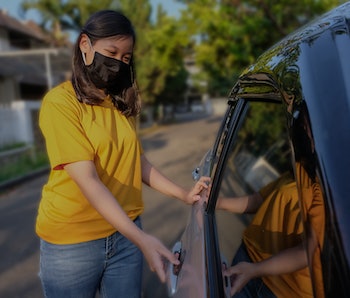 In only a few years, Uber and Lyft have quickly risen to the ride-sharing equivalent of a Coke vs. Pepsi rivalry... both in terms of profits and ethical complaints. Yesterday, however, the two companies announced an unequivocally positive joint venture to tackle one of the biggest, yet underreported, issues facing the taxi app industry: sexual harassment and assault. In a co-authored press release, Uber and Lyft unveiled their Industry Sharing Safety Program, a database initiative that will soon inform both sides of “ the drivers and delivery people deactivated from each company’s platform for the most serious safety incidents including sexual assault and physical assaults resulting in a fatality.”

To do this, Lyft and Uber will keep track of issues based on National Sexual Violence Resource Center’s (NSVRC) Sexual Misconduct and Sexual Violence Taxonomy, utilizing the third-party “workforce solutions” group, HireRight, to oversee the data sharing between both sides. While a clear step forward for the mitigation and handling of assaults, one can’t help but wonder: How the hell did it take this long for something so seemingly simple?

Hopefully not limited to the Big Two — While the new system is a co-venture between the two major ride-sharing options on the market, Uber and Lyft’s Industry Sharing Safety Program will purportedly be open to other “transportation and delivery network” companies.

“Participants must agree to specific requirements including meeting data accuracy expectations, applying the shared taxonomy to consistently classify incident reports, maintaining consistent and fair handling procedures and privacy measures, and communicating data on deactivated drivers with HireRight to be shared with the other participants,” reads the announcement. It’s clear both rideshare providers are hoping to lead by example here, and more names are likely to enter into the new system in the near future.

A welcome, but long overdue, addition — Any effective strategy to tackle sexual assault, harassment, and violence is wonderful news, but it’s not like the Industry Sharing Safety Program is particularly novel or difficult to maintain. The industry’s grim statistics have long been available to anyone paying attention. While a surface reading of the numbers point towards low rates of harassment, many are quick to point out that the vast majority of incidents will always remain unreported, and Uber’s past surveys only covered the most severe categories of assault. As NPR noted in 2019, the then-most recent report “did not include other types of sexual misconduct, like masturbation, asking for sex or verbal threats of assault,” aka the most common varieties.

For programs like this to be truly effective, they need to be transparent, honest, and realistic about the wide array of ways people can be completely awful creatures. The Industry Sharing Safety Program is a great start, but it remains to be seen how carefully it is monitored and enforced.