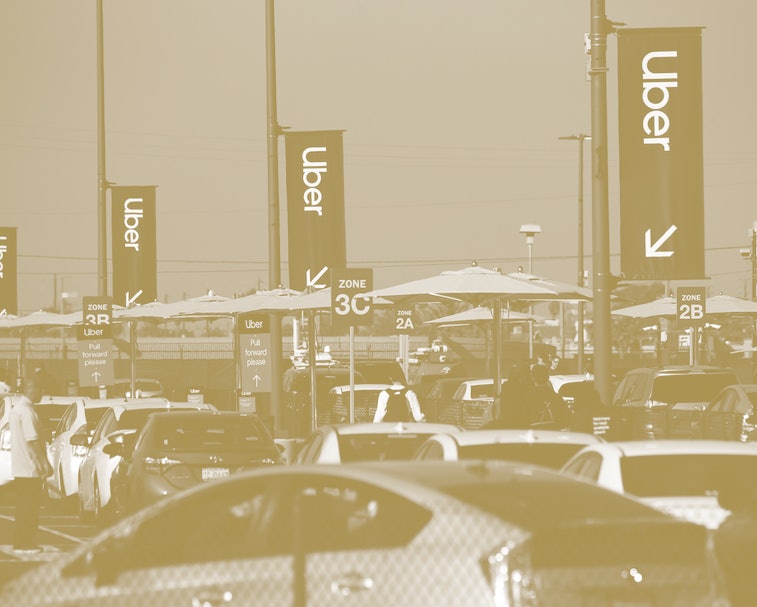 Uber is not pleased with the protections set out by California’s new gig workers’ law. Now the company is testing a feature allowing its California workers to set their own fares, giving them an unprecedented amount of control over their wages.

The feature sounds enticing; in reality, it’s another powerful attempt by Uber to have the upper hand over California’s gig-economy law.

Up to five times the fare — Beginning today, Uber drivers who pick passengers up and drive them to airports in Santa Barbara, Palm Springs, and Sacramento can charge up to five times the usual Uber rate. Uber confirmed to the Wall Street Journal that it’s completing an “initial test” of this feature.

Uber is fighting dirty — The new law, Assembly Bill 5, sets out to give gig workers the same benefits and protections that full employees are provided. The bill essentially says that any worker can be considered an employee unless the company can prove the worker is free from the employer’s control.

So while features like fare-setting are ostensibly to make drivers’ lives easier, they come with more nefarious planning. As The Washington Post recently reported, a team within Uber under the name “Project Luigi” has been working to give users more control and, therefore, to take away the new rights afforded by AB5.

By giving drivers more control over their trips, Uber has generated more ammo for its argument that these are independent contractors, not gig workers. To Uber, this means it can continue to treat its drivers like second-class employees.

Uber is playing an underhanded game by giving its California workers more flexibility while simultaneously working to dismantle their new protections. Whether or not their plan works remains to be seen.