“We have not and will not make excuses for past behavior that is clearly not in line with our present values.

Uber, in response to the leak 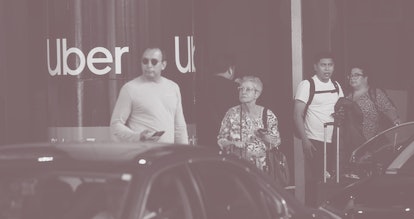 An extensive set of internal Uber documents — numbering more than 124,000 in total — was leaked to The Guardian, including more than 83,000 emails, iMessages, and WhatsApp messages. The Uber Files, as they’ve been dubbed, paint a ruthless picture of Uber’s rise to global power, stopping at almost nothing to make its way to the top.

Take, for example, messages exchanged between then-CEO Travis Kalanick and other Uber executives as taxi drivers rioted in France in January 2016. Kalanick told French executives to stage counterprotests; when warned that doing so could put Uber drivers in danger, Kalanick told the executives to press forward nonetheless.

“I think it’s worth it,” Kalanick said. “Violence guarantee[s] success. And these guys must be resisted, no?”

This is only the tip of the Uber Files iceberg. The Guardian has shared the entire leak with 180 journalists in 29 countries, many of whom will likely publish their own findings in the near future.

Forward no matter the cost — The French taxi riot was just one example of Kalanick’s strategy of using whatever means necessary to exert market dominance. As Uber opened up its services in India, for example, Kalanick told execs in Asia to focus on growth even when “fires start to burn.”

This ended up being Kalanick’s stance in many conflicts. In Amsterdam, as masked men attacked Uber drivers in March 2015, Kalanick encouraged victims to file police reports in an effort to make Dutch news. “We keep the violence narrative going for a few days, before we offer the solution,” Kalanick said.

In response to the leaked documents, an Uber spokesperson said no one at the company has ever pushed for violence against Uber drivers. The spokesperson was surprisingly realistic about Kalanick’s mistakes, though.

“There is much our former CEO said nearly a decade ago that we would certainly not condone today,” the spokesperson said.

Cozying up to world leaders — Violence isn’t the only unsavory tactic Kalanick resorted to in his time as Uber’s top executive. The leaked documents include text messages between Kalanick and then-economy minister Emmanuel Macron, wherein Macron goes above and beyond to help Uber root itself in France. Macron told Kalanick he had brokered a secret “deal” of some sort with the company’s government opponents. He went as far as to look into emerging bans in the country personally.

Kalanick also took one-on-one meetings with then-Vice President Joe Biden. After one such meeting, Biden allegedly changed his prepared speech to praise Uber for giving its workers “freedom to work as many hours as they wish, manage their own lives as they wish.”

Overall, Uber planned on spending $90 million in 2016 alone on lobbying efforts and PR. No wonder its prices have skyrocketed in the last year or so.

More to come — These revelations cover only some of the 124,000 leaked documents. We will surely become privy to many more in the coming days and weeks, as The Guardian has allowed access to hundreds of journalists around the world. It’s like the Facebook Papers all over again. There’s plenty still to come.