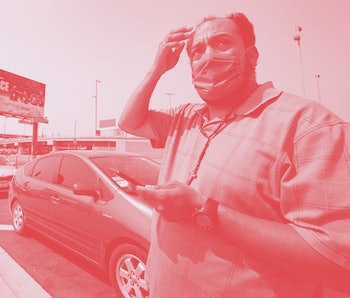 Users of the Uber app in California are, by this point, all too aware of the company’s fight against legislature meant to protect the gig workers it relies on. But awareness isn’t enough for Uber. The company is now sending push notifications telling app users to vote “yes” on Prop 22, a proposed piece of legislation that would exempt Uber and other gig-worker companies from classifying their contractors as “employees.”

Uber users have taken to social media to complain about the new push notifications (h/t The Verge), which are titled: “MADD: Prop 22 will save lives.”

It’s no surprise Uber is taking every opportunity to remind its customers about Prop 22 — the company has spent a sizable $3.5 million on the Prop 22 campaign alongside companies like Lyft and DoorDash. Campaign contributions from tech companies total more than $186 million. That’s a lot of cash that could have gone to employees instead.

Really pushing it — This isn’t the first time Uber has attempted to sway voters by using the power of its apps. Last week the company began displaying a similar message in support of Prop 22 upon startup of the Uber app.

That notification irked users in that the button used to dismiss it originally said “confirm,” as if asking them to agree to vote for Prop 22 in order to continue using the app. Uber later changed the button to say “continue to ride” but left the rest of the notification intact.

With this new push notification, Uber might actually be breaking Apple’s App Store rules, as some users pointed out on social media. Section 4.5.3 of Apple’s app developer agreement forbids sending “unsolicited” messages to customers, including through push notifications.

How about just paying your workers? — Uber’s stake in the passing of Prop 22 is simple, really: if the legislature passes, the company won’t be forced to consider its drivers “employees.” That means it won’t have to guarantee their wages or give them access to benefits like healthcare. It also makes it less likely drivers in other cities will push for benefits of their own.

Uber would rather pay millions to back Prop 22 than acquiesce and provide its workers with fair compensation. The company is relying on ultimatums and threats to convince users that this is the right move, and it’s no surprise it’s rubbing them the wrong way.

Now that Uber’s poured millions into backing Prop 22, it’s taking any and every opportunity to sway voters in its favor. Imagine it put the same energy into finding a way to look after its workers.