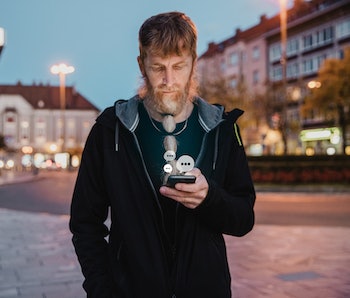 In January, Twitter released its very own fact-checking system under the aptly-titled Birdwatch. The pilot program was "a way for people on Twitter to identify and provide valuable context on misleading information." Those interested in highlighting the accuracy or lack thereof in a tweet would have to sign up for Birdwatch and offer "notes" that would expand on why they thought a claim was dubious and needed correction.

Unfortunately, analysts at Poynter have found that less than half of Birdwatch users offer official sources and citations to substantiate their corrections. On top of that, making matters even more polarized, Poynter reports that there is an obvious partisan bent to the rhetoric used by Birdwatch fact-checkers. The Poynter report dives into over 2,600 notes from Birdwatch users alongside 8,200 ratings for tweeted content.

Farming out content moderation and fact-checking to a random public was bound to yield such troubling results. The good thing is that Birdwatch is still nascent and — we hope — its creators are open to some serious feedback.

Background — According to Poynter, one particular tweet from controversial YouTuber Tim Pool was flagged as harmful after Pool claimed that the 2020 American presidential race was "rigged." Birdwatch users, however, claimed that Pool's tweet was not misleading. Other users even deemed the claim "helpful" until Twitter tweaked its algorithm and removed the rating from Pool's tweet. As a result of that algorithm change, now a note has to have five ratings to win the "rated helpful" label on Birdwatch.

What Twitter can do to alleviate the situation — These are the growing pains of Twitter's crowdsourced fact-checking wing. And they will only worsen if the network doesn't introduce a few cogent rules for Birdwatch users.

As Poynter recommends, Birdwatch users should be required to provide at least one official source when they issue a correction. This helps to encourage cross-verification and more rigorous scholarship. Twitter should also employ a team that vets these Birdwatch users and it should, as a matter of incentivizing strong verification, promote Birdwatch users who properly check tweets.

On the other side, Twitter should actively avoid promoting Birdwatch users who push false claims and hyper-partisan rhetoric, be it conservative or liberal. The purpose of the Poynter report is not to discourage Jack Dorsey's platform from pursuing transparency and accuracy but to say: there is a lot of work to be done. Steps like the ones mentioned above sound minor but their implementation can improve the health of social dialogue and debate, which is something Dorsey suddenly sounds pretty passionate about.