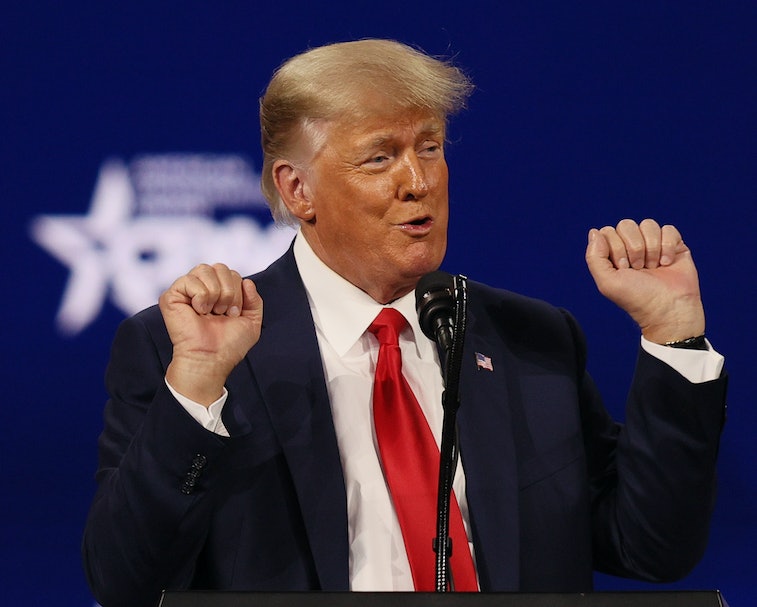 Late last week, Twitter announced it would be rolling out a new “public survey” that will help “inform the development of our policy framework” regarding world leaders’ potential misuse of its platform.

“We want to hear from the public on whether or not they believe world leaders should be subject to the same rules as others on Twitter. And, should a world leader violate a rule, what type of enforcement action is appropriate,” the company explains in a blog post.

The poll will eventually be available in 14 different languages, but the English-speakers among us can head over to the page right now to tell Jack Dorsey and company just how badly they undermined American democratic foundations, and how much blood is truly on their hands.

Also seeking experts’ opinions — In addition to everyday users voicing their thoughts on the matter, Twitter says it’s “also in the process of consulting with a range of human rights experts, civil society organizations, and academics worldwide whose feedback will be reflected in forthcoming revisions to the policy framework,” although specific examples of these groups weren’t made available in the announcement.

It’s also unclear how or if any of this aggregated feedback will manifest itself in noticeable changes on the social media platform. While Twitter has (finally) started showing a modicum of self-awareness about its responsibility to crack down on hate speech, trolls, and misinformation, the service still contains countless toxic corners breeding all kinds of harmful content.

While we’d rather not talk about the former hatemonger-in-chief now that he’s been relegated to casting his shadow over the Sunshine State’s golf courses, it’s his actions on Twitter that have the service navel-gazing at last. Trump was good for Twitter’s traffic, there’s no doubt about that, but his departure hasn’t been as ruinous for the platform as his fanbase promised it would be. Now that the dust has settled, Twitter is asking whether it could have done things differently where Trump was concerned. To which the short answer is, “duh.”

Too little, too late — Twitter’s move is simultaneously tragically late, unsurprising, and grossly inadequate? How many instances of violence were directly stoked by Donald Trump’s tweets? How many nuclear wars did he tease via social media solely for the sake of dominating another news cycle? How many times did he violate Twitter’s terms of service only to have the service cower, turn a blind eye, and wring its hands?

Twitter announcing some kind of introspective reevaluation of how it should handle powerful users was inevitable. But it should’ve happened in 2016 when Trump first came to power, not in 2021 when he incited an attempted coup days before his presidency was due to end. Rumors now abound that Trump is starting his own social network. Thankfully, now though, he doesn’t command enough power for it to really matter. If he and his sycophants want to indulge in mutual backslapping and posterior kissing in a dark corner of the internet they’re welcome to.

Meanwhile, for those of us still on Twitter, will feedback prompt it to be more decisive and proactive? We hope so. But in the meantime, at least the service is immeasurably more pleasant since it discovered its backbone in January and cut off its most cancerous user.