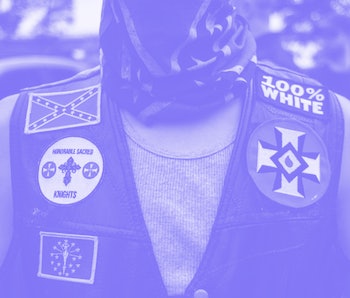 Apparently it’s very, very easy to target neo-Nazis and other hate groups on Twitter’s ad platform, according to a report by BBC News. Twitter has now responded to the report with an apology for not excluding discriminatory phrases from its ad platform.

Big yikes — Like many social marketing tools, Twitter’s ad platform allows marketers to focus their campaigns on users with specific interests. Twitter tracks these interests through key words for easier profile management. Through some basic testing, BBC was able to direct Twitter ads at users who had shown interest in words like “transphobic,” “white supremacists,” and “anti-gay.” Put in any of these phrases and it’s easy enough to see how many impressions your ad might get.

Not much of an apology — Twitter’s official statement is mostly an explanation with a brief apology.

“Our preventative measures include banning certain sensitive or discriminatory terms, which we update on a continuous basis,” Twitter stated. “In this instance, some of these terms were permitted for targeting purposes. This was an error. We’re very sorry this happened and as soon as we were made aware of the issue, we rectified it.”

Policies? Never heard of them — Twitter’s apology isn’t just the right thing to do — it’s also the only way for the company to save face after breaking its own policies. That’s right: Twitter’s keyword policies are supposed to prohibit advertisers from using “sensitive” terms like those about “racial or ethnic origin” or a user’s “sex life.” Guess Twitter didn't get the memo about that.