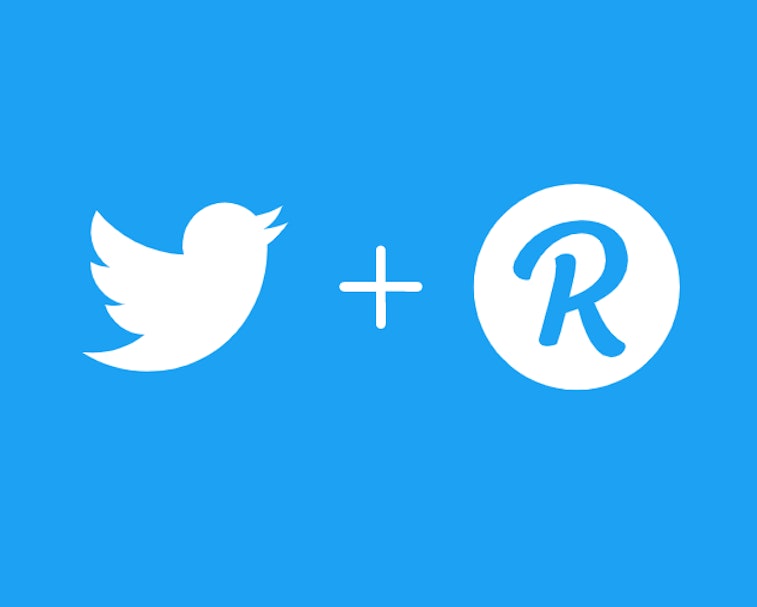 Twitter has officially acquired Revue, a newsletter-writing platform, the company quietly announced in a blog post today. The move positions Twitter to be a real competitor to the ever-popular Substack, if the company plays its cards right.

“Revue will accelerate our work to help people stay informed about their interests while giving all types of writers a way to monetize their audience — whether it’s through the one they built at a publication, their website, on Twitter, or elsewhere,” the company writes in its announcement.

Revue is relatively small right now; in the five years since its inception, the company has only raised about $318,000, according to Crunchbase, and it only employs six people total. The company’s team will stay with the product through Twitter’s acquisition.

We’ve yet to see a really viable competitor amidst the shadow of Substack’s recent successes, but Twitter’s enormous user base might just allow Revue to shine through. Especially when the company’s fees are half of Substack’s.

Down to brass tacks — Substack and Revue are very similar. Both platforms allow anyone to create a newsletter with very little effort or previous newsletter-creation experience; both platforms are free for general use with paid options for those seeking revenue from their newsletters.

The platforms’ business models do vary slightly, though, and this alone could be the deciding factor for newcomers choosing between them. Revue is free when you create a free newsletter — even its Pro features are, for now — and Twitter will take a 5 percent cut of any paid subscriptions (down from the 6 percent Revue used to charge). Starting out with Substack is also free, but the company takes 10 percent of paid subscriptions.

Newsletters are, like, so in — We’re witnessing a newsletter boom the likes of which has never been seen before, thanks mostly to Substack’s success. In the last year or so, Substack has attracted journalists with large social media followings, boosting the platform to new heights. Even Forbes, a century-old publication, hopes to cash in on that success — though the company’s 50/50 split revenue model definitely won’t be as attractive to well-established writers as Substack or Revue’s models.

Twitter plans to keep Revue’s operations separate from its own for the time being, but the social network’s massive platform will undoubtedly be used as incentive for new Revue customers. Twitter says it plans to make it super easy to discover and sign up for newsletters written by people you follow, as well as additional features like hosting conversations with subscribers.