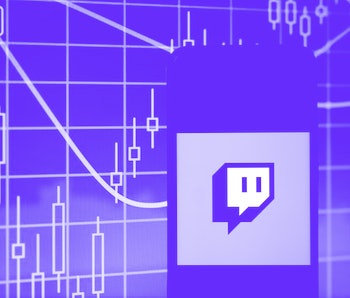 Over the past few weeks, dozens of brands have attempted, in their own ways, to signal support for the Black Lives Matter movement. In some cases, the tone and rhetoric of solidarity seems sincere. In others, these attempts have failed — big time. Case and point: on Thursday, streaming platform Twitch uploaded a video in support of Black Lives Matter. But the video primarily featured White gamers, critics quickly pointed out.

Instant flop — The clip, which has since been deleted from Twitch's Twitter feed, featured prominent gamers like DrLupo, CrankGameplays, and jacksepticeye as well as others. Eurogamer notes that it featured only one line from a Black gamer. Naturally, the skewed visual and rhetorical dynamics of the video sparked an avalanche of criticism, and Twitch has since attempted to calm tempers down.

Did Twitch even ask? — It sounds like Twitch also entered a quagmire with streamers over permission to use their clips. Gaming industry writer Alanah Pearce tweeted that she was unaware that her clip was used in the Black Lives Matter video. "Well, I had no idea this happened until just now, but want to be clear: I had absolutely no idea @Twitch was going to use a clip of me in the #BLM video they took down and am not cool with it at all," Pearce tweeted. "I guess they own all content on their platform, but I’m shocked I wasn’t asked."

Soon after it became abundantly evident that multiple viewers were unhappy with the Twitch video, the company issued this statement on Twitter:

We hear you. Our goal was to demonstrate the importance of allyship - a message we didn’t make clear. Only by working together can we create a positive change.

Tip of the iceberg — For several years now, Twitch's streaming platform has struggled with addressing the racism and sexism that festers in its various communities. In 2016, the Diversify Twitch panel at TwitchCon was targeted with stunningly racist slurs by trolls. Additionally, Twitch users have repeatedly written heartfelt requests directed at Twitch, imploring the platform to seriously acknowledge, address, and control the vitriol and graphic abuse that goes live on its streams, chats, and more.

While it is understandable that moderating abusive content and rhetoric can be tough and imperfect at times, failing to grasp basic and fundamental concepts like allyship seems to be a case of sloppy attention. Like Noire tweeted above: "Good lord, this shit really isn’t that hard, y’all."