“Mr. Levandowski has paid a significant price for his actions and plans to devote his talents to advance the public good.”

The White House, in an official statement 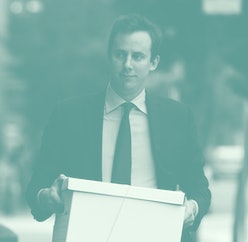 As staffers pack up the last of his belongings, Donald Trump announced early this morning that he would be pardoning 73 people and commuting sentences for 70 others. The list of those pardoned includes Anthony Levandowski, co-founder of Google-owned Waymo — a company he subsequently stole trade secrets from on his way out the door.

Levandowski was sentenced to 18 months in federal prison after pleading guilty last August to one charge of trade secret theft. Thanks to Trump’s pardon, he served less than six months of his sentence.

The full list of pardons is, as you might expect from Trump, wildly varied, including the likes of Lil Wayne and Steve Bannon. Notably, Trump did not issue a pardon or commute the sentence of Joe Exotic — also known as the Tiger King — despite considering him for the list. Rudy Giuliani, Trump’s personal lawyer, also did not make the final list nor did any of Trump's family members.

Levandowho now? — The tale of Anthony Levandowski is Big Tech at its most dramatic. Levandowski’s accomplishments precede his name; he co-founded Waymo, Google’s self-driving car division, more than a decade ago along with Sebastian Thrun. He helped lead Waymo’s engineering endeavors for seven years before leaving the company in 2016. Levandowski then helped found Otto, another autonomous driving startup that was quickly scooped by none other than Uber.

Before leaving his post, though, Levandowski allegedly downloaded 9.7 GB of Waymo’s confidential files, including “blueprints, design files, and testing documentation.” Google filed a lawsuit against Uber for using those trade secrets in February 2017. That case was eventually settled to the tune of a $245 million payment by Uber — and a promise to never use Waymo’s tech.

Levandowski was eventually charged separately from Uber on 33 charges, but he plead guilty to just one — keeping a spreadsheet with team goals and project metrics.

Thanks, Thiel — While Trump, of course, had the last word on all of today’s pardons, the White House’s statement also lists supporters of each. Among Levandowski’s supporters is a familiar name: Peter Thiel, PayPal cofounder, chairman of Palantir, Facebook board member, and close advisor to Donald Trump. Thiel reportedly pushed hard for Levandowski’s pardon, along with Palmer Luckey, a former Oculus executive.

While Levandowski’s prison sentence has been cut very short, he still owes $756,499.22 to Waymo, along with $179 million to Google. Meanwhile, Waymo is doing very well for itself; in October the company finally launched its first full driverless taxi service.