“Trans Lives Matter. Trans Rights Matter. And as an organization, Netflix has continually failed to show deep care in our mission to Entertain the World by repeatedly releasing content that harms the Trans community and continually failing to create content that represents and uplifts Trans content.” 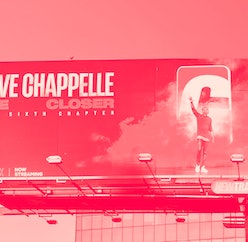 Netflix’s trans employee group is planning a walkout on Wednesday, October 20, to protest the company’s official response to concerns over Dave Chapelle’s new comedy special The Closer. Employees and the public have been pushing for the special’s removal since its release on October 5.

“Trans Lives Matter. Trans Rights Matter. And as an organization, Netflix has continually failed to show deep care in our mission to Entertain the World by repeatedly releasing content that harms the Trans community and continually failing to create content that represents and uplifts Trans content. We can and must do better!” wrote a leader of the trans employee resource group, The Verge reports.

Earlier this week, Netflix suspended senior engineer Terra Field— who identifies as queer and trans — after she tweeted a thread about the harms perpetuated by Dave Chapelle’s objectively transphobic jokes. Netflix has since reinstated Field, clarifying again that the suspension had nothing to do with her tweets.

But Chapelle’s special remains available for streaming. Netflix has no plans to remove it.

Sarandos really isn’t helping — Field may have been reinstated to her position, but the more troubling prospect for Netflix’s trans employees is that The Closer is still available for streaming. Trans activists and groups like GLAAD have explicitly condemned Netflix’s decision to host the comedy special, but the company still refuses to back down.

Co-CEO Ted Sarandos even went as far as to send a lengthy note about why Netflix would not be removing the comedy special to all employees. He posited that, because Chapelle’s jokes were not “designed to incite hate or violence,” they didn’t warrant removal. He also included a tidy reminder that Netflix has a multi-year contract with Chapelle.

Sarandos later sent a second memo stating: “Our hope is that you can be hugely inspired by entertaining the world, while also living with titles you strongly believe have no place on Netflix.”

A tipping point for Netflix — Netflix isn’t exactly new to content controversies — there is actually an entire Wikipedia article dedicated to criticism of the company — but this instance has higher stakes. A not-insignificant group of employees is invested in the removal of The Closer.

“As we’ve discussed through Slack, email, text, and everything in between our leadership has shown us they do not uphold the values to which we are held,” organizers of the walk-out wrote internally.

To these employees (and likely others), Netflix is very much prioritizing profits and “free speech” over their identities. The company’s response to trans employees’ walkout will be very telling about how much Netflix actually values its LGBTQ employees.