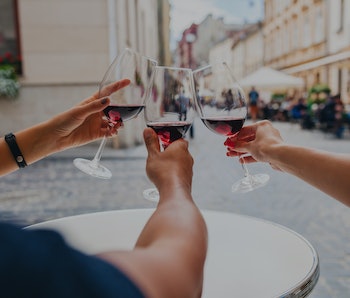 Tinder now lets users around the globe list up to three sexual orientations on their profiles. Users can choose from straight, gay, lesbian, bisexual, asexual, demisexual, pansexual, queer, and questioning.

The feature, called Orientation, was launched a year ago in partnership with GLAAD in the U.S., UK, Canada, Ireland, Australia, and New Zealand but today is going worldwide, "excluding markets where there are state-sponsored sexual orientation laws," says Tinder. Specifically, Orientation became available today in France, Germany, Spain, Italy, Sweden, Brazil, Taiwan, Vietnam, and Thailand, with more countries to be added throughout 2020.

Apparently the most common Orientation listing among Gen Z users (ages 18-25) is "questioning and straight." This demographic is 20 percent more likely than millennials to set multiple orientations.

Gen Z gives us hope — "Our younger members, Gen Z, are leading the way to a more inclusive world and we know that with our scale, we can help make a difference with our product," said Tinder in a statement.

Unfortunately, 70 countries currently have laws on the books discriminating against LGBTQ status, and Tinder launched a feature to address that last year called Traveler Alert, which informs LGBTQ users about the risks of using dating apps in those locations. Tinder also has another feature called More Genders (pretty self-explanatory) that it plans to expand on a global scale in the coming months. Users can choose from over 30 genders.

To help people through quarantine and social isolation, Tinder made its Passport feature free to everyone. Passport allows users to set their location to anywhere in the world and meet new people from different backgrounds. It said in a recent earnings call that it's working on a video chat feature as well.