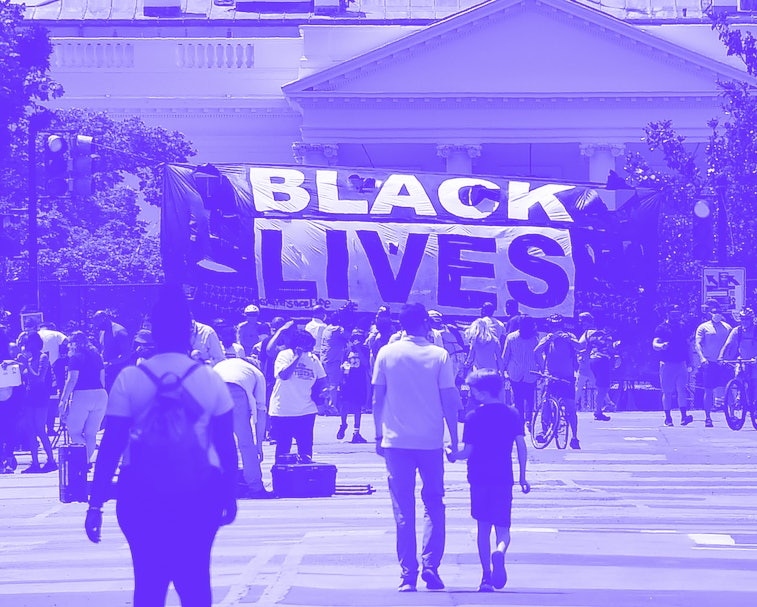 Tinder will finally stop banning users for actively speaking up about Black Lives Matter, the company confirmed to BuzzFeed News after an inquiry from the publication.

Yes: Tinder was banning people for using the dating app to raise awareness and funds for ongoing protests against racist police brutality. And it took a media inquiry for the company to stop it.

At least a dozen people have been banned from the platform in recent weeks, BuzzFeed News reports, after using Tinder to encourage prospective dates to make donations, sign petitions, and attend protests. This practice continued up through the last few days.

This is truly despicable behavior from one of the most popular dating apps in the world. How did a company that claims it stands with the Black community let this process go on for as long as it did?

What Tinder says — It seems as if Tinder didn’t even know this was happening to so many people until BuzzFeed News brought the issue to the company’s attention.

A spokesperson from Tinder responded, as you might expect, with a bland answer about its community guidelines. Apparently the root cause of the problem was a guideline that makes using Tinder for promotional purposes a bannable offense.

"From time to time,” the spokesperson said, “our members use Tinder to engage with topics they care about. And while our community guidelines state that we may remove accounts used for promotional purposes, we are dedicated to enforcing our guidelines in line with our values."

The company now says it won’t ban users for promoting these causes. “We have voiced our support for the Black Lives Matter movement and want our platform to do the same,” the spokesperson said.

Moving on, then — Tinder doesn’t seem particularly interested in discussing this issue. The company would rather throw out an abstract statement and hope these bannings blow over in the midst of bigger news stories.

Tinder says it’s now in the process of addressing the account moderation issues brought up by these wrongfully banned accounts. The company also says it's donated an undisclosed amount to civil rights causes. Anyone who believes they’ve been affected by this issue can send an email to questions@gotinder.com.